PBS NewsHour aired a story last year about Milwaukee, saying many residents call the city “the worst place to be a black man in America.” It talked about last year’s riots in the city after a cop shot a black man. One black Milwaukee resident explained that this is “what happens when you inflict poverty” on poor black residents. “Inflict poverty”?

In the 50 years following President Lyndon Johnson’s launch of the “war on poverty” in 1964, government spent over $22 trillion on welfare and various anti-poverty programs. The problem in our nation’s inner cities is not a lack of money — it is a moral and spiritual problem largely created by our welfare state. The welfare system encourages women to marry the government and allows men to abandon their financial and moral responsibilities. The problem is fatherlessness.

In a documentary called “Resurrection,” rapper Tupac Shakur, who said, “I never knew where my father was or who my father was for sure,” actually admitted: “I know for a fact that had I had a father, I’d have some discipline. I’d have more confidence. Your mother cannot calm you down the way a man can. Your mother can’t reassure you the way a man can. My mother couldn’t show me where my manhood was. You need a man to teach you how to be a man.”

In 1995, President Bill Clinton, who pledged to end “welfare as we know it,” gave a speech described by a Los Angeles Times writer as “the most sweeping analysis of racial issues of his presidency.” On the day of the “March on Washington,” Clinton said black men must take more responsibility for their behavior: “Today’s march is … also about black men taking renewed responsibility for themselves, their families and their communities. It’s about saying no to crime and drugs and violence. It’s about standing up for atonement and reconciliation. It’s about insisting that others do the same and offering to help them. It’s about the frank admission that unless black men shoulder their load, no one else can help them or their brothers, their sisters and their children escape the hard, bleak lives that too many of them still face. … It’s not racist for whites to assert that the culture of welfare dependency, out-of-wedlock pregnancy and absent fatherhood cannot be broken by social programs, unless there is first more personal responsibility.”

In my book, “The Ten Things You Can’t Say In America,” I wrote about a wealthy, idealistic Philadelphia philanthropist. Committed, concerned and worried about the future of urban — primarily black — kids, he “adopted” 112 inner-city sixth-graders, most of whom were products of broken homes. He promised these students that if they met minimal requirements, including graduating from high school and not getting pregnant or impregnating somebody — he’d pay for all their education, including college tuition.

He provided tutors, workshops, after-school programs and summer programs, as well as counselors to be available when trouble arose, whether personal or otherwise.

Thirteen years later, the Philadelphia Inquirer followed up on the 112 kids and analyzed the results. The percentage of kids going to college was no greater than percentage of kids from similar backgrounds without prepaid educations. The money was wasted.

Forty-five never made it through high school. Of these, 35 dropped out, one died while in school, four died after dropping out, four were working on a GED and one graduated from trade school.

What do we make of this? The answer is simple: It’s not about money. It’s about values. It’s about discipline and application. It’s about character — about working hard when you don’t want to. And these values are instilled in the home.

The first step is the truth.

As long as blacks feel and act oppressed, as if they are under siege and behind enemy lines, little will change. The formula is simple, but it requires effort: hard work wins; you get out of life what you put into it; you cannot control the outcome, but you are 100 percent in control of the effort. Go to school, study, work hard, arrive early, stay late, pay attention to detail and be honest. That is the best “anti-poverty program” ever conceived.

David Limbaugh: Time for Democrats to Be Honest — Are They Ready to Embrace Socialist Label? 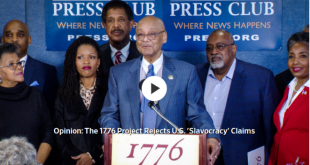 Jason Riley: The 1776 Project Will Counter the NYT 1619 Project’s Claim That America Was Founded on ‘Slavocracy’ 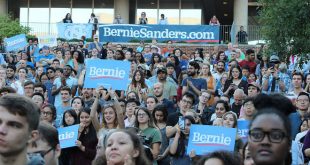