WATCH: What the Media Miss about the Black Demographic

BCN Senior Editor September 7, 2016 National Allegiance - Videos, Videos Comments Off on WATCH: What the Media Miss about the Black Demographic

Liberals have criticized Donald Trump’s strategy of reaching out to black voters. But Rev. Derek McCoy, National Clergy Director for Star Parker’s Center for Urban Renewal and Education, said that it’s imperative that the GOP make the pitch to black voters.

Blacks overwhelmingly vote for Democrats. Rev. McCoy said Trump has a big opportunity in front of him to get more blacks to vote for a Republican, and Hillary Clinton will have to make a big play for those voters.

Rev. McCoy made a distinction between poorer blacks on welfare and college-educated, middle-class blacks.

“There is $1.1 trillion in…African American net disposable income. It is a [growing] population pool of…people who have managerial, professional jobs, that have college in their background, and so that voting block, especially over 25, is going to be critical…” in increasing the black share of the vote. Rev. McCoy believes the latter group is more conservative-leaning and, therefore, and might be more open to Trump’s message. 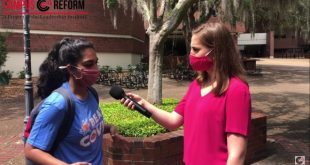