BCN Senior Editor September 17, 2018 U.S. News Comments Off on California Wants Churches to Pay for THIS — And Advised the Insurance Companies Not to Mention it 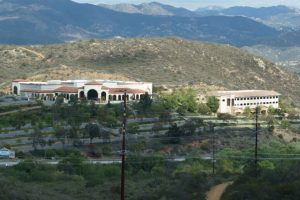 But the state wants them to go beyond providing for the health of employees and their families to pay for killing babies in the womb.

The church refused to pay for elective abortions and filed a lawsuit against the California Department of Managed Health Care. Alliance Defending Freedom (ADF) reported that the department had so-called religious accommodations in place to protect religious freedom but revoked them.

Now churches in California are required by law to fund employees’ elective abortions.

After a lower court ruled against it, the church recently appealed to the U.S. Court of Appeals for the Ninth Circuit.

According to ADF, the agency ordered insurers to immediately cover abortions and not to make reference to abortions in their plan documents, “effectively obscuring the new abortion coverage mandate from churches.” More from ADF:

“Churches should be free to follow their deepest convictions without unlawful, unjust government mandates,” said ADF Legal Counsel Jeremiah Galus. “The Department of Managed Health Care is misguided in its attempts to force a church to pay for elective abortions. The agency has unconstitutionally targeted religious organizations, repeatedly collaborated with pro-abortion advocates, and failed to follow the appropriate administrative procedures to institute this mandate on a limited number of Californians.”
…
“Government is supposed to be freedom’s greatest protector, not its greatest threat,” said ADF Senior Counsel Erik Stanley, director of the ADF Center for Christian Ministries. “Sadly, California’s Department of Managed Health Care has repeatedly refused to interpret and apply state law in a manner that protects freedom of conscience. Instead, the Department has used underground regulation to compel churches to pay for abortion. That’s why we are asking the 9th Circuit to reverse the district court’s decision.”

Previous The Trump Administration Just Sent a Big Message to Palestine
Next Will America Fall to Socialism in the November Elections?