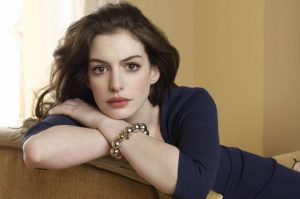 Two black sisters at an Oakland, California, subway station were attacked by a knife-wielding white man. He killed one sister, Nia Wilson, and injured the other. The Bay Area Rapid Transit police arrested him. His family reportedly told authorities that he suffered from mental problems. The authorities say that, for now, no evidence suggests that the suspect was motivated by race.

But you did not need to wait for evidence of a hate crime, something you insist blacks worry about from sunup to sunset. You wrote: “(Wilson’s murder) is unspeakable and MUST NOT BE MET with silence. … She was a black woman and she was murdered in cold blood by a white man. White people — including me, including you — must take into the marrow of our privileged bones the truth that ALL black people fear for their lives DAILY in America and have done so for GENERATIONS. … We must ask our (white)selves — how ‘decent’ are we really? Not in our intent, but in our actions? In our lack of action?”

Ms. Hathaway, you are no doubt well-intentioned, but you’re not helping.

After Dylann Roof murdered several black churchgoers in Charleston, South Carolina, then-Democratic presidential candidate Martin O’Malley said the mass murder shows the additional work America must undertake to improve race relations. But when asked specifically what should be done, O’Malley, the former mayor of Baltimore and governor of Maryland, stammered before finally admitting, “I don’t know exactly how we, how we, how we address this.”

You imply that blacks are disproportionately hurt by white-on-black violent crime. In 2015, Ann Coulter wrote: “In 2008, the most recent year for which such data seems to have been collected, FBI surveys show that, out of 520,161 interracial violent crimes, blacks committed 429,444 of them against whites, while whites committed 90,717 of them against blacks. In other words, blacks commit more than 80 percent of all interracial violent crime.” Economist John Lott wrote in 2014, “Black male teenagers were nine times more likely to commit murders than similarly aged white males.” And almost always the murderer of a young black male is another young black male.

How bad is it for blacks in America?

A 1997 Time/CNN poll shows more black teens than white believe that “failure to take advantage of available opportunities” was a bigger problem than racism. And 89 percent of black teens said that racism was a small problem or no problem in their own daily lives.

A 2013 Rasmussen poll of blacks, whites and Hispanics asked which of these three groups is the most racist. Whites said blacks. Hispanics said blacks. Blacks said blacks. Twenty years ago, a poll commissioned by the Anti-Defamation League found that 34 percent of blacks were anti-Semitic, nearly four times higher than the percentage of whites considered anti-Semitic.

The NFL’s Colin Kaepernick and other players refused to stand for the national anthem over the alleged systemic mistreatment of blacks by the criminal justice system. President Donald Trump said: “I’m going to ask all of those people to recommend to me — because that’s what they’re protesting — people that they think were unfairly treated by the justice system … if … they’ve been unfairly treated then we’ll pardon them. Or at least let them out.” That was nearly two months ago. Where’s the list of names?

Ms. Hathaway, if you really want to improve black-white “race relations,” here’s some advice you might dispense: Comply with cops to avoid getting killed; work hard; advocate for school choice; ‘kids, do your homework”; at least finish high school; get married before having a child; and save and invest.

At the very least, please understand that by telling black people they “fear for their lives daily” due to murderous whites, you’re not helping. Racism has long diminished as a major problem in America. The institutional/systemic/structural racism narrative is driven by the mainstream racism-obsessed media, Democrats seeking black votes, “activists” and the well-intentioned but misinformed — but not by the facts on the ground.

Previous Why This Former Trump Transition Team Member Says He Applauds Facebook
Next Former State Official: Every Properly Registered Voter Has Right to an Undiluted Vote