Did This Maryland City Change Zoning Rules to Stop a Church from Holding Worship Services on its Property? 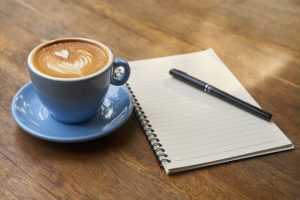 Did the city of Laurel, Maryland, change zoning rules to stop a church from holding worship services on its property?

That’s an issue the city and Redemption Community Church will continue to litigate in federal court, according to a ruling last week.

The church runs a business, the Ragamuffins Coffee Shop (closed on Sundays and Mondays), and held worship services in the basement. The city sent the church a cease and desist letter, citing zoning violations.

The Baltimore Sun reported that the city claims government rules don’t permit this use, because the church is in a commercial village zone. Churches, convents, and monasteries on lots fewer that one acre must apply for a special exception. An excerpt:

The coffee shop sits on 5,115 square feet which is approximately one-eighth the size of an acre.
…
The special exception includes a non-refundable $2,000 filing fee that the church would need to pay to be able to use the coffee shop as a house of worship, according to the lawsuit. Additionally, the process requires a statement of justification, as well as an existing conditions site plan and a proposed site plan, with both comprehensive surveys requiring the services of an engineer,, according to the lawsuit.

According to Alliance Defending Freedom, the church’s legal counsel, the city used to allow houses of worship to operate in commercial village zones. After Redemption Community Church bought the property, the city changed the rules “almost immediately.”

The zoning rules don’t apply to businesses like theaters and restaurants or government entities like libraries or schools. Redemption Community Church filed a lawsuit against the city, alleging religious discrimination. The city asked the court to dismiss the lawsuit, and the court denied the request last week.

“The city of Laurel can’t discriminate against a church simply because it is religious. With today’s decision, Redemption Community Church is one step closer to worshipping in its own building on the same terms as everyone else. Under the current zoning code, if someone wanted to sing secular songs or host a karaoke bar in downtown Laurel, they could do so; but the moment they want to gather and sing religious songs in a house of worship, they must go through an expensive and burdensome special exemption process. Today, the court agreed that the city treated Redemption Community Church worse than it treated nonreligious organizations. Such discrimination violates the Church’s freedoms under federal law and the Constitution; it also deserves swift and complete correction.”

The Baltimore Sun noted that the U.S. Department of Justice (DOJ) created the “Place of Worship Initiative” to protect churches and related organizations.

Additionally, the Trump administration created a new division in the U.S. Department of Health and Human Services in January called Conscience and Religious Freedom, to protect religious health care workers who refuse to kill unborn babies or perform sex “reassignment” surgery, and a Religious Liberty Task Force in the DOJ.

Previous Strong Patents: Key To A Strong Economy
Next Why Are Black Politicians More Focused on Russia Collusion Allegations Than Helping Blacks in Violent Cities Like Chicago?