Gwen Berry is a hammer thrower who participated in Olympic trials. She placed third. The National Anthem played during the medal ceremony. Angry, Berry protested by turning her back on the flag and putting a t-shirt that read “Activist Athlete” over her head — like a child having a tantrum.

Inexplicably, Berry said the playing of the anthem was a “set-up.” A set-up for whom? She said “they” did it on purpose, had other opportunities to play it “before we got up there,” and that it was “disrespectful.” The playing of the American anthem for American athletes is disrespectful? And what does it matter when they played it?

This woman chose to compete for her country, yet she hates her country? Why did she she train all these years and vie for a spot on a team to represent a “racist” country?

That’s what Americans want to know. One in particular, former NFL player Jack Brewer, recently appeared on Fox News to talk about it. He said the Olympic Committee needs to do something about “this garbage.”

Brewer said that black athletes like Olympic great Jesse Owens overcame real racism. He was the grandson of a slave and son of a sharecropper.

“He stood on the podium and proudly represented this nation, and [Berry] claims to be standing up against racism.” Many who came before her went through actual racism. “The only reason they got through it is because they live in America where we have a Constitution that allows us to go after our freedoms and to become whoever we want to become. And we need to start to educate these athletes. We need to start to educate these youth that are being indoctrinated now in our schools, being indoctrinated by this liberal media, and that are starting to hate this country.”

All this is happening because of the leftist mentality and people not appreciating what this great country has done for them. Brewer has a lot more to say. Watch the full clip below. 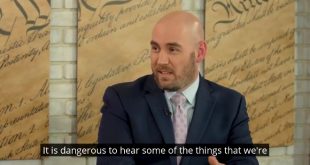 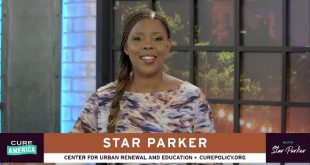