To say that many liberal elites have all but given up on educating low-income minorities might seem like an overstatement. But when you consider the state of public education in our inner cities, and the priorities of those in charge, it’s hard to draw any other conclusion.

After Labor Day, New York City’s 1.1 million public school students will return to the classroom. The majority of them can’t do basic reading or math, according to state standardized test results released last week. And the numbers get even more depressing when broken down by race and ethnicity. Black and Hispanic students make up 67% of the system, while whites and Asians are about 15% and 16%, respectively. Only 28% of black students passed the math exam, versus 33% of Hispanics, 67% of whites and 74% of Asians. On the English exam, the passage rates were 68% for Asians, 67% for whites, 37% for Hispanics and 35% for blacks.

Sadly, these racial gaps in academic achievement have persisted for decades, and they are a main source of racial inequality in America. Want to help someone avoid poverty or addiction or incarceration? An education goes a long way. The irony is that the same social-justice advocates who obsess over inequality also spurn reforms, such as public charter schools, that help close black-white differences in learning. “City charter schools, now teaching roughly 10% of the city’s student population, markedly outperformed traditional public schools again” on the state tests, reported the New York Post. Fifty-seven percent of charter-school test takers passed the state English exam, and 63% passed the math portion.

Moreover, the highest scores in the state, for the third year in a row, came from Success Academy, a New York City-based charter-school network, where the passage rates for math and English were an astounding 99% and 90%, respectively. Even more impressive is that these charter students are mostly low-income blacks and Hispanics, not middle-class Asians and whites.

If the primary goal were student achievement, Democratic politicians like New York Mayor Bill de Blasio would allow these successful school models to proliferate. But the mayor is far more interested in placating his political benefactors, the powerful teachers unions, which oppose charter schools because they don’t control them. To the National Education Association, the American Federation of Teachers and their thousands of state and local affiliates, public education is more about jobs than about kids. Reforms that marginalize or circumvent union members are rejected, regardless of whether they benefit students. Mr. de Blasio may identify as a progressive champion of the underprivileged, but that’s lip service. The reality is that he’s blocking the surest path to the middle class for the city’s poor by relegating them to inferior schools.

Opponents of school reform insist that a lack of funding is a major problem, but education spending has increased for decades without significant improvements in outcomes. Per pupil spending in places like Baltimore and Washington is among the highest in the nation, but you’d never know that based on test scores. In New York’s poorer neighborhoods, school spending is significantly higher than the citywide average, which in turn is well above the national average.

The claim that racism explains the learning gap also can’t withstand scrutiny, but that hasn’t stopped liberals from making school desegregation a priority. In fact, some of the best public schools in the country are high-performing charter schools with large percentages of black and brown students. That doesn’t mean segregated schools are desirable or that they lead to academic success, but at the very least it does suggest that black children don’t need white classmates before they can learn how to multiply fractions or diagram sentences.

Nevertheless, the left’s ideological obsession with racial balance in the classroom continues. Mr. de Blasio is currently preoccupied with trying to phase out gifted-and-talented programs because they are populated with too many white and Asian students. This is an extension of his beef with the city’s elite public high schools, which admit kids based on a standardized exam. It’s worth noting that even the New York Times has questioned the mayor’s reasoning and the possible fallout. “He risks alienating tens of thousands of mostly white and Asian families whose children are enrolled in the gifted programs and selective schools,” the paper wrote this week. “If a substantial number of those families leave the system, it would be even more difficult to achieve integration.”

You’d think that the main objective of the inequality-obsessed would be to help more minorities meet high academic standards, but Mr. de Blasio and his fellow progressives would rather eliminate the standards altogether. I’d call that giving up on minority kids. What would you call it?

Previous Brent Bozell and Tim Graham: Leftist Journalists Can Dish It Out Against Trump and His Supporters But Can’t Take It
Next Star Parker: Freedom Defines Our Nation, Not Welfare and Income Redistribution 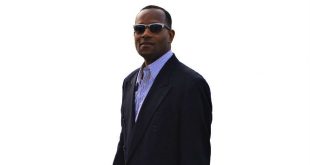 BCN Essay Question: What Good Have Neo-Progressives Done for the Black Man?