Jason Riley: This Charter-School Principal Focuses on Academics, Not ‘Culture’

When Ben Chavis became principal of the American Indian Public Charter School in 2000, it was among the worst middle schools in Oakland, Calif. The building was a mess. There were broken windows and holes in the walls. The gymnasium was carpeted and cluttered with garbage, while food wrappers, cigarette butts and empty beer bottles lined the curb outside.

Truancy was rampant at AIPCS, and the students who did show up spent more time in the corridors than in class. They had sex in the bathrooms and underneath stairwells and got high in a nearby toolshed. Fights broke out regularly, and it wasn’t uncommon for students to sneak out of school midday and then return to class drunk.

AIPCS was founded in 1996 with the goal of promoting Native American culture and improving the academic performance of American Indians, who had the highest dropout rate and lowest attendance and graduation rates of any ethnic group in the city. But as Mr. Chavis explains in his 2009 memoir, “Crazy Like a Fox,” by 2000 it was clear that the school was “a failed social experiment in multiculturalism and touchy-feely educational practices.”

The school’s founders chose to focus on “bead making, drumming and self-esteem” instead of reading and math, writes Mr. Chavis. Classes at AIPCS began later than at other public schools “because it was believed American Indians couldn’t get up early in the morning.” It was called “Indian time.” And “instead of starting the school day with an academic course, students and staff gathered in a large circle to discuss their feelings and concerns.”

Mr. Chavis, a successful businessman-turned-educator, was appalled at what he saw and took it personally. As a Lumbee Indian raised by sharecroppers in rural North Carolina, he writes that “the philosophy behind the planning and implementation of American Indian Public Charter School was shameful to me and an embarrassment to the name and image of American Indians.”

Neighbors wanted the school closed, and the district was on the verge of revoking its charter. But Mr. Chavis persuaded officials to let him try to turn things around. Within a couple months he had fired most of the staff, “who were more interested in culture than academics,” and replaced them with “smart, dependable teachers capable of providing a structured environment.” Culture classes were nixed; “Indian time” was over.

By 2004, AIPCS students, almost all of whom qualified for free or reduced-price lunch, achieved higher math and reading standardized test scores than students at any other public school in Oakland. Mr. Chavis went on to open two more charters—a high school and a second middle school. In 2008 the high school ranked fourth in the state in academic performance. Among middle schools, AIPCS ranked fifth (out of approximately 1,300 middle schools in California), and in 2006 it was named one of the top 250 schools in the country.

Some of Mr. Chavis’s methods were controversial. He was a disciplinarian who wasn’t above shaming students for bad behavior or making them serve detention on Saturdays. But he was popular with parents and students alike—if not with the Oakland school board, which felt threatened by AIPCS’s success. Like other effective but unorthodox educators—Chicago’s Marva Collins in the 1970s, Los Angeles’s Jaime Escalante in the 1980s—Mr. Chavis’s education model gave the lie to the claim that poverty and racial prejudice explain the school achievement gap.

AIPCS was luring families from traditional public schools who thought the charter model was a better option, and if enough students leave, empty public schools must close. In 2011 Mr. Chavis announced his intention to expand his charter network further. Shortly thereafter he found himself under investigation by the Oakland school board. The subsequent report alleged financial improprieties, and the case was referred to federal authorities. In 2017 he was formally charged with mail fraud, money laundering and conflicts of interests—all related to federal grants he received on behalf of AIPCS. If convicted on all counts, he would spend the rest of his life in prison.

Last week the U.S. attorney’s office in San Francisco quietly dropped all charges of financial impropriety against Mr. Chavis. He pleaded guilty to a technical violation unrelated to any of the initial allegations. He used a name on a document without the person’s permission and received 12 months’ probation. The original indictment made national headlines, but the press barely noticed last week’s announcement.

Mr. Chavis, who had always maintained his innocence and cut ties with AIPCS in 2013 to fight the charges, told me by phone this week that no one should feel sorry for him. Save it for the kids. “The students and families were coming to me because I could educate them. I wanted to expand. That’s how all this got started. I’m not the victim. The kids are the victims.” 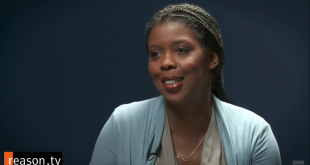 Star Parker, founder and president of the Center for Urban Renewal and Education, was a …