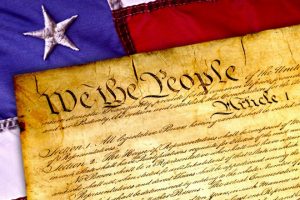 One of the best statements of how the Framers saw the role of the federal government is found in Federalist Paper 45, written by James Madison, who is known as the “Father of the Constitution”: “The powers delegated by the proposed Constitution to the federal government are few and defined. Those which are to remain in the State governments are numerous and indefinite. The former will be exercised principally on external objects, as war, peace, negotiation, and foreign commerce. … The powers reserved to the several States will extend to all the objects which, in the ordinary course of affairs, concern the lives, liberties, and properties of the people.” Today’s reality is the polar opposite of that vision. The powers of the federal government are numerous and indefinite, and those of state governments are few and defined.

If confirmed, Brett Kavanaugh will bring to the U.S. Supreme Court a vision closer to that of the Framers than the vision of those who believe that the Constitution is a “living document.” Those Americans rallying against Kavanaugh’s confirmation are really against the U.S. Constitution rather than the man — Judge Kavanaugh — whom I believe would take seriously his oath of office to uphold and defend the Constitution.

Was Madison misinformed or just plain ignorant about the powers delegated to Congress? Before we answer, let’s examine statements of other possibly “misinformed” Americans. In 1796, on the floor of the House of Representatives, William Giles of Virginia condemned a relief measure for fire victims, saying the purpose and the right of Congress is to attend to not what generosity and humanity require but instead what their duty requires. In 1854, President Franklin Pierce vetoed a bill intended to help the mentally ill, writing to the Senate, “I can not find any authority in the Constitution for making the Federal Government the great almoner of public charity.” He added that to approve such spending would “be contrary to the letter and spirit of the Constitution and subversive of the whole theory upon which the Union of these States is founded.” President Grover Cleveland out-vetoed his predecessors by vetoing 584 acts of Congress, including many congressional spending bills, during his two terms as president in the late 1800s. His often-given veto message was, “I can find no warrant for such an appropriation in the Constitution.” By the way, President Cleveland was a Democrat.

Were the Founding Fathers, previous congressmen and previous presidents who could not find constitutional authority for today’s massive federal government intervention just plain stupid, ignorant, callous and uncaring? Article 1 of the Constitution defines the role of Congress. Its Section 8 lists powers delegated to Congress. I examined our Constitution, looking to see whether an Article 5 amendment had been enacted authorizing Congress to spend money for business bailouts, prescription drugs, education, Social Security and thousands of other spending measures in today’s federal budget. I found no such amendment. Contrary to what our Constitution permits, Congress taxes and spends for anything upon which it can muster a majority vote.

But I found a constitutional loophole that many congressmen use as a blank check, as well as justification to control most aspects of our lives — namely, the general welfare clause. The Constitution’s preamble contains the phrase “promote the general Welfare,” and Article 1, Section 8 contains the phrase “provide for the common Defence and general Welfare of the United States.” What did the Framers mean by “general Welfare”? In 1817, Thomas Jefferson wrote, “Congress had not unlimited powers to provide for the general welfare, but were restrained to those specifically enumerated.” Madison wrote: “With respect to the words ‘general welfare,’ I have always regarded them as qualified by the detail of powers connected with them. To take them in a literal and unlimited sense would be a metamorphosis of the Constitution into a character which there is a host of proofs was not contemplated by its creators.”