Our billboards were ripped down after left-wing activists said our message was sexist and racist. And you can see in the photo below, one of them was dismantled during a report from a local news station about our so-called controversial billboards.

Here’s the “controversial” message on the signs that you can see in the photo below: “Tired of Poverty? Finish school. Take any job. Get married. Save and invest. Give back to your neighborhood.” During an interview that appeared on the news in Milwaukee, one of those offended by our message said it’s designed to keep women pregnant and at home.

And activists complained that our advice to “take any job” was offensive. But George Berkely, a construction worker, told a reporter it’s perfect advice because that’s what he followed. “You take any job at first, you know, to get situated and then from there on you advance.”

Mr. Berkely is right because the advice is based on a scientific truth that’s backed by evidence.

When I commissioned these billboards in distressed communities across the country, I truly did not believe they would cause controversy. That’s because these were the steps I took to escape poverty. And these are the steps scientists say work for everyone.

But when Americans escape poverty, plantation masters have no one to rule. That’s why they made sure no one else should be able to see our dangerous message.

Surprisingly, while the reporter was filming, the sign company destroyed one of the billboards and sent a statement to the reporter that read: “[We] strive to respect a wide variety of viewpoints but this ad did not receive proper approval, lacked appropriate attribution, and was promptly removed.”

That is a lie — the corporation threw CURE under the bus of cancel culture. The campaign was thoroughly reviewed and the text and design sent back and forth. In reality, Clear Channel caved and hides behind pretending that CURE somehow failed. But there is hope. The reporter also interviewed Mariah Lay, a high school sophomore. Mariah told the reporter, “It sounds like something we’ve always been told. I want to be a pediatrician, so it’s important for me to finish school because I’m not going to accomplish my goals if I don’t.”

Because of the destruction of our message, the media unintentionally amplified it and more people were able to see it in that city than I could have ever imagined.

And that’s why I want to make sure our message is out there so people can think about these old and simple truths that are scientifically proven to move anyone out of poverty.

You get the most flak when you’re over the target.

I’m thankful to say more Americans hear and spread our message. Newt Gingrich just retweeted my column to all of his followers about the Left’s desire to transform our communities by forcing poor Americans to move out of the inner-cities and into the suburbs. 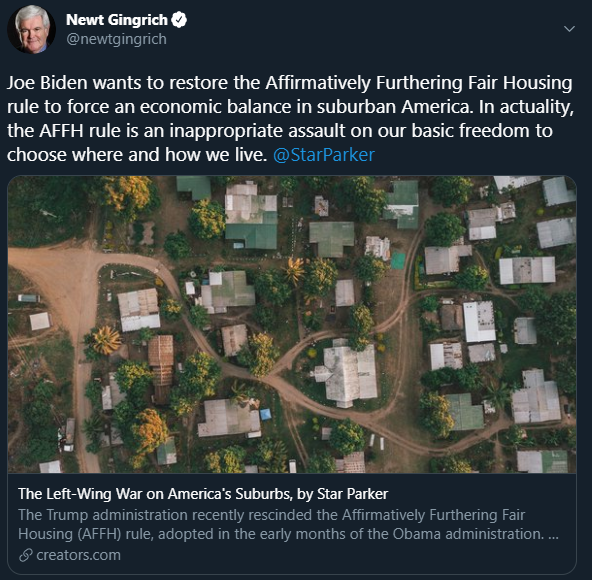 Thank you, in advance, for all you do to protect freedom.