Saturday Night Live mocked CURE’s Board Chairman, Marc Little, and black leaders who prayed for our President in the White House. You can see Marc in the image below in the orange tie.

Comedian Chris Redd, who is black, smeared Marc Little, who is also black and a pastor, as a “house negro,” and claimed black leaders who attended the White House briefing for Black History Month had the “blackness sucked out of them” by Trump.

Redd continued his racist screed by insinuating President Trump wore blackface and the black leaders were criminals trying to see what “pocket he puts his wallet.” Redd concluded by asking SNL’s audience, “Does this look like black history?”

This sickening racist display is the Left at work because they know what’s at stake in 2020 if President Trump earns more than 12 percent of the black vote.

We at CURE call on the comedian, SNL, and NBC to apologize to Christians and black Americans.

“Chris Redd and Saturday Night Live don’t get to determine who is black. There’s nothing funny about a racist commentary disguised as humor. Pastors like me stand in front of millions of black Americans every Sunday. We work with families who share the same concerns as any other American: what schools our children attend and how much we pay for our gas and groceries. We stand for Christ over color. We stand against bigoted liberals who believe it’s wrong for others to pray for the President of the United States. They will not dictate who is deserving of prayer. God has already defined that.

“Black conservatives will not be bullied by liberal elites. President Trump’s policies are changing the lives of black Americans in historic ways. Progressive policies have failed the black community, so liberal elites’ only response is unfiltered racism.” 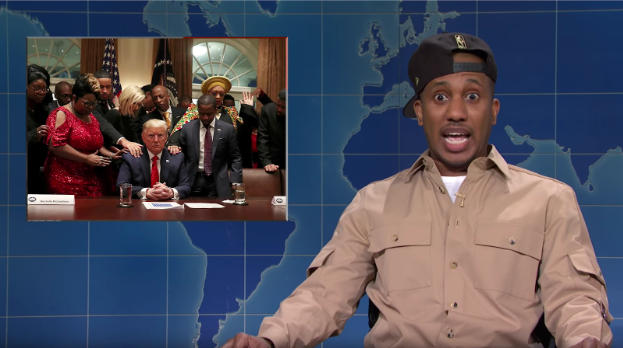 You can also watch Marc’s beautiful prayer for our President >> 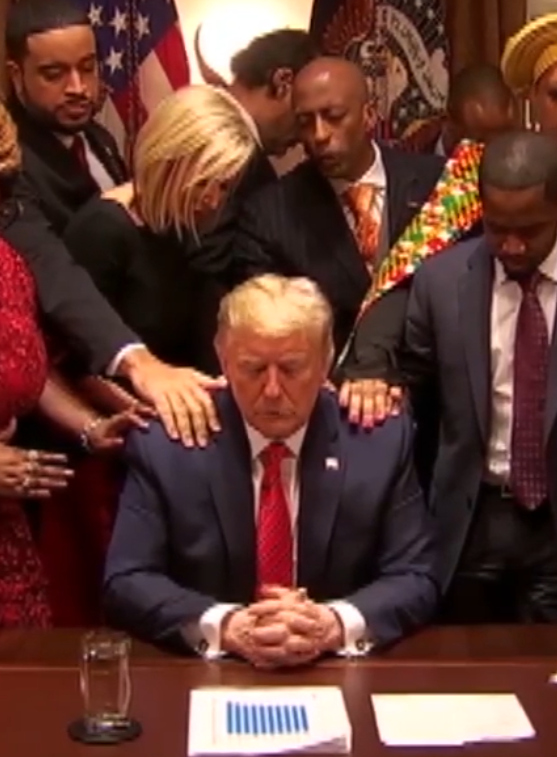 Are Many Americans Characterized as ‘Pro-Choice’ Actually Pro-Life?

How Many Unborn Lives is That Texas ‘Heartbeat’ Law Saving?

Mallory Quigley, vice president of communications at the pro-life SBA List, recently appeared on an …