Trump is Off to a Great Start, But We Need Bold Reforms to Fuel THIS

Ken Blackwell June 11, 2018 Commentary Comments Off on Trump is Off to a Great Start, But We Need Bold Reforms to Fuel THIS 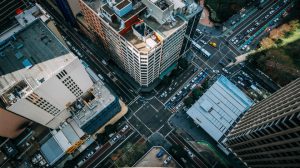 It’s no secret that President Trump has shaken up the Washington, DC establishment in his first 500 days in office. His less than conventional administration is clearly less worried about political niceties and protocol and is squarely focused on creating millions of new jobs. The Trump economy is squashing unemployment rates down to their lowest levels in 18 years – 3.8 percent. 223,000 private-sector jobs were created in May alone. Since President Trump’s election, businesses have added over three million new, private-sector jobs.

Part of the Trump success story is the president’s bullish moves to cut regulatory burdens on U. S. businesses and industry. The president fully understands that if you get Washington, DC regulators off the backs of businesses and you unwind miles of red tape, American companies can compete, prosper and hire more employees. The president is off to a great start but bold moves are still needed if the Trump team really wants long-term economic growth and job creation.

One major problem area in need of serious reform is the National Environmental Policy Act (NEPA) which was initially passed in 1970 to protect the environment during massive infrastructure buildout. Unfortunately, NEPA has evolved over the years into a large and unnecessary regulatory monster and has become a huge drag on infrastructure development and consequently, our economy. With each passing year NEPA bureaucracy grows larger. NEPA’s needless mandates, duplicative agency reviews and infighting, inefficiencies and lawsuits pose unnecessary roadblocks to vital infrastructure and energy projects all across the country.

The Savannah Harbor dredging project was delayed for more than 30 years because of multiple environmental reviews and litigation. The environmental review alone took 15 years. Continued, unnecessary delays are costing taxpayers trillions. A six-year delay in starting many public projects costs the nation over $3.7 trillion due to inflation and other expenses, not to mention the delay in job creation.

A study by the American Society of Civil Engineers found that failing to close the infrastructure investment gap would cause nearly $4 trillion in lost GDP, $7 trillion in lost business sales and 2.5 million lost jobs by 2025. However, if we do clear a path to rebuild our infrastructure, a Duke University study concluded that a long-term transportation bill would create 2.5 million new jobs.

According to the Bureau of Labor Statistics,construction jobs will be among the most in demand by the year 2022, and there will be even more opportunities, if we reform NEPA and get moving on President Trump’s national infrastructure package.

If NEPA is reformed, everyone benefits. We get a modernized infrastructure at lower costs and American workers have access to jobs that pay well and provide opportunities for housing or other investments. This makes NEPA reform a big win all around for American workers and our economy.

Congress should make NEPA reform a top priority and move forward on this crucial element of the president’s infrastructure plan. By eliminating unnecessary, often duplicative regulations, multi-agency reviews and streamlining the permitting process, we can end years of delays to vital projects, reduce costs to taxpayers, and create hundreds of thousands of jobs that will add to GDP growth and national prosperity.

America shouldn’t take a backseat to anyone, yet we watch projects that would normally take a few years to complete drag on for decades. Canada and Germany grant permits for major infrastructure projects within two years or less, including environmental review as the United States drowns in its own bureaucratic mire.

President Trump has kick-started our economy, we’ve seen tremendous job growth and a renewed confidence in American industry. Our economy can continue to prosper but only if Congress and the president work together to cut the strangle-hold known as NEPA which is jeopardizing the revitalization of our nation’s ageing infrastructure.

Ken Blackwell, a former Ohio State Treasurer, Ohio Secretary of State and Mayor of Cincinnati, serves on the boards of the National Taxpayers Union and the Club for Growth. He also served as a domestic policy advisor to the Trump Transition team.

Previous Protecting and Promoting Freedom of Religion and Speech
Next WATCH: You Won’t Believe What Happened At This Gun Protest