A New Twist on Teaching Economics

Walter Williams June 20, 2017 Commentary Comments Off on A New Twist on Teaching Economics 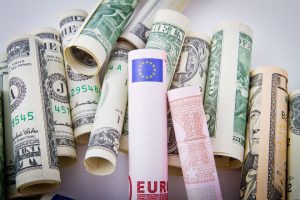 Greg Caskey is a 27-year-old Abington, Pennsylvania, native who is a social sciences teacher at Delaware Military Academy. The academy is a thriving charter high school in Wilmington, Delaware, that was founded in 2003 by two retired military officers, Charles Baldwin and Jack Wintermantel. Students from all socio-economic backgrounds attend the school, which is doing a stellar job of teaching reading, writing and arithmetic and, just as importantly, moral character and self-discipline.

Mr. Caskey is one of the school’s standout teachers. He has developed an innovative way of teaching the principles of economics to the school’s students — a curriculum that he calls “HipHoponomics,” in which he uses original rap music as the basis for his lesson plans. His favorite rap artists are Nas, Eminem, Talib Kweli, Mos Def, The Notorious B.I.G. and Tupac Shakur.

Being in my 82nd year of life, I don’t generally find hip-hop music or its lyrics that attractive. Part of the reason for my distaste is that it’s difficult for me to decipher what the performers are saying, not to mention the constant annoying boom boom. I’ve been told that I benefit from not understanding what they are saying. But given my background in economics, Caskey’s HipHoponomics music is largely decipherable to me. But much more importantly, it appears to be an excellent technique to excite and enlighten younger people, who may have alien and hostile minds to learning free market economic principles. That’s vital, given all of the anti-freedom indoctrination that so many of our young people receive.

Caskey, who likes to refer to himself as M.C. Caskey, is in the process of making his work available for all to see and hear on his website, at https://www.hiphoponomics.com, and SoundCloud. He’s developed an album centered around the 18th-century Scottish philosopher Adam Smith, who is known as the “Father of Economics.” Smith is much-maligned. People often see him as an advocate for selfishness. But to the contrary, Smith saw laissez-faire as a moral agenda and free markets as a tool to protect the rights of natural law. So the prelude “Who Was Adam Smith?” starts out with a short discussion by my colleague Dr. Russ Roberts and ends with lyrics highlighting Smith’s arguments, all set to a hip-hop beat.

Then there’s discussion of what’s called the emergent order. It begins with a highly understandable statement by the greatest 20th-century economist, Nobel laureate Milton Friedman. After that, Caskey puts Friedman’s ideas to hip-hop music and talk. These ideas serve as the foundation for more HipHoponomics music — on principles such as free trade and comparative advantage, which most economists accept as advantageous to a nation.

Among important economic titles set to Caskey’s HipHoponomics music are “Free Enterprise System,” “New Deal or Raw Deal?”, “What’s up with the Fed?”, “The 20s Were The Good Dayz” and “Demand & Supply Bars,” and more are in the works. He has even set to hip-hop music a title called “Debatin’ the Wage,” which features yours truly and Bernie Sanders on the minimum wage. I should note that I had zero involvement with it, but I understand that it’s pretty good.

Caskey’s goals are ambitious and laudable. He is inspiring great interest in economics among young people, who typically have little interest in such a rigorous academic subject. Caskey’s goal is to reach the urban student with the relevance of the economic way of thinking. He says, “I want to inspire zeal for the discipline of economics among young people, but particularly among urban young people, a historically underserved population, especially in the educational sense.”

By the way, high schoolers are not the only people who can benefit from the lessons of HipHoponomics. I’d recommend it to our political leadership on both sides of the aisle, media people and teachers. What Greg Caskey’s put together is a nonthreatening approach to economics for the novice — and for those who believe they are beyond the novice level.

Previous Star Parker: Inside Our New Studio
Next Liberals Won’t Like This Supreme Court Ruling on Free Speech

Lee Kurisko, The American Dossier: The 2020 Vote — It’s About the Healthcare, Stupid

Cliff Brotherton: What Good Have Neo-progressives Done for the Black Man?

Amy Coney Barrett: ‘I Assure You I Have My Own Mind’