Feel free to send us news and tips. 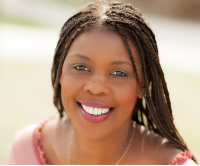 She is a regular commentator on national television and radio networks including the BBC, EWTN, and FOX News, and the author of four books: Necessary Noise: How Donald Trump Inflames the Culture War and Why This Is Good News for America (2019); Uncle Sam’s Plantation: How Big Government Enslaves America’s Poor and What We Can Do About It (2003/2012); White Ghetto: How Middle-Class America Reflects Inner City Decay (2006); and Pimps, Whores and Welfare Brats: From Welfare Cheat to Conservative Messenger (1997).

About the BCN Senior Editor

Sign up to receive a daily newsletter of our posts!