A Ryancare Fix for Medicaid

Star Parker May 10, 2017 Commentary Comments Off on A Ryancare Fix for Medicaid 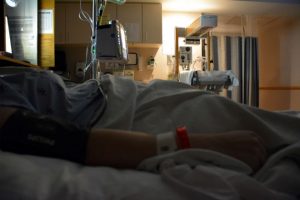 With the passage of a new health care bill in the House, the corridors of Congress are teeming with lobbyists fighting reform in order to protect the money they get off the government gravy train of current law.

When talking about Medicaid, we are talking about big money. Current federal expenditures are $389 billion. The Congressional Budget Office projects this to increase to $650 billion by 2027.

Medicaid has been a backdoor for getting the country on a single-payer government health care system. Just since 1980, the percentage of Americans on this government single-payer system has exploded from 8.7 percent to 18.3 percent in 2013.

Because Medicaid is simply government health care it is marked by waste and inefficiency. The undisciplined spending just drives up health care costs and drives down health care quality.

University of Michigan economist and blogger Mark Perry points out that from 1998 to 2016, the overall consumer price index increased by 47.2 percent. But over the same period, prices for medical services went up 100.5 percent and for hospital services 176.6 percent.

Why did health care costs increase two to three times more than everything else? Because hardly anyone pays their own bills. There is no market discipline.

Health care markets are distorted from top to bottom by government, regulations and bureaucrats. Nothing is more personal than health care; sadly, in no marketplace are individuals less in control of their own selves. Insurance companies and government decides what you can and can’t buy and what you pay in this totally regulated and bureaucratized business.

Perry notes that from 1960 to 2016, the percent of all health care expenditures that were paid by third parties — insurance companies or the government — went from 52.4 percent to 89.5 percent.

Perry also notes that prices for the 20 most popular cosmetic medical procedures — various cosmetic surgeries, liposuction, Botox injections, etc. — went up just 32 percent from 1998 to 2016, less than the rate of inflation. Why? Cosmetic procedures are mostly elective. Individuals pay the bill, not a third party.

The bill caps the money the federal government will send to the states and, starting 2020, gives states the option of taking these funds as a block grant to give them flexibility to design how to use these funds more efficiently and creatively.

When I worked on welfare reform in 1996, all we heard from the left was that poor women would be thrown to the streets. The opposite happened. Welfare mothers went to work and poverty dropped.

We need new approaches to Medicaid like the Healthy Indiana Plan instituted by Vice President Mike Pence when he was Indiana’s governor. Enrollees pay a modest premium and their funds go into a health savings account that they can control and be responsible for.

Those on the left and those making money off the current program are not interested that we are going bankrupt.

With principles and courage, reform is possible. The House bill takes things in the right direction. We can save money and deliver better health care to everyone.