Can We Close The Black Economic Gap?

Harry Jackson October 2, 2016 Commentary Comments Off on Can We Close The Black Economic Gap? 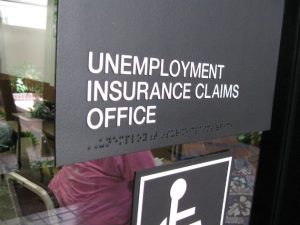 After watching part of the presidential debate; I asked myself that question. While the economy has recovered significantly from the Great Recession of the late 2000s, a disturbing trend is emerging. According to the Brookings Institute, 9 million men between the ages of 25 and 54 are still not working. This epidemic of non-working men is occurring in an economic climate of falling unemployment, and it is worse among black men than any other group.

Men not working is far more than a financial problem. According to Robert L. Leahy, director of the American Institute for Cognitive Therapy, long term unemployment is a risk factor for depression, domestic violence and alcohol abuse, as well as for physical ailments like hypertension and diabetes. Thus black men not working exacerbates the racial gap in family stability and personal health as well as economic status.

The unemployment rate peaked at around 10 percent nationwide in 2010. Since then it has dropped below 5 percent for all Americans. Disguised in those promising numbers is the fact that the unemployment rate has been and remains significantly higher for blacks: 16 percent at the peak and around 9 percent currently.

But the unemployment rate only tells half the story. And as Jeff Guo explains in the Washington Post, “The economic picture…is far worse than [unemployment] statistics indicate. The unemployment rate only measures people who are both living at home and actively looking for a job.” Seven million of those 9 million non-working men are not even looking for work. And for decades, black men have had the lowest labor force participation rate of any racial demographic group, 10 points behind white men and a full 15 points behind Hispanic men, according to the Bureau of Labor Statistics.

There are several complicated reasons for this, but one is fairly obvious. As Guo points out, “A lot of black men aren’t living at home and can’t look for jobs — because they’re behind bars.” Blacks make up just 12 percent of the country, but we account for 37 percent of the prison population. Convicted felons who have served their time also have an extremely difficult time finding work. As a result, far too many black men have devastated their job prospects before they’re even old enough to vote.

Unfortunately, the Senate recently missed an opportunity to help address this problem. Legislation to reduce mandatory minimum sentences—which the Washington Post reported was “meant to provide a second chance for nonviolent offenders facing long prison sentences while also saving tax dollars on prison costs”—enjoyed widespread bipartisan support, from the left-leaning Center for American Progress to Republican leaders like Speaker of the House Paul Ryan. The legislation has stalled, however, and most of its proponents say it is unlikely to pass this year.

Mandatory minimums were introduced in the 1980s to try to address both sentencing disparities, where judges used their discretion to assign criminals vastly different penalties for similar crimes. Initially, mandatory minimums only covered firearm possession by felons and drug crimes. These measures were meant to curb the epidemic of violent crime, which was particularly associated with the crack cocaine epidemic.

Unfortunately such laws paved the way for assigning mandatory minimums to an increasing number of crimes, which ultimately gave rise to a kind of one-size-fits-all sentencing. These unintended consequences have led to the imprisonment of some non-violent drug offenders for extensive terms that most reasonable people believe are out of proportion to the threat they pose to society. Nor have mandatory minimums been shown to effectively deter or reduce crime, since the low-level drug dealers likely to be caught are easily replaced.

Part of the problem with passing the reduction in mandatory minimums was undoubtedly the current uptick in violence in some of our cities. Chicago has seen (as of this writing) well over 500 homicides, while it had only 491 for all of last year. Sixty-nine people were shot over Memorial Day weekend alone. Other cities, such as Baltimore, Maryland and Washington, D.C. have seen similar rises in homicides. Many experts tie this distressing trend to the increased scrutiny of police officers who work in minority neighborhoods as a result of high profile police brutality cases. These issues, coupled with a hyper-partisan environment in Washington, undoubtedly contributed to the failure of the bill.

Criminal justice reform has never been about releasing violent felons back into society, but rather about giving non-violent offenders a second chance at a productive life. We cannot afford, as a society, to have 9 million men out of the labor force during their prime earning years. The black community cannot afford to have its families further decimated by men who have simply given up.

Criminal justice reform will not completely solve the entirety of this problem, but it would go a long way to removing some of the most daunting barriers from husbands and fathers who want to support their wives and children.