The recent high-profile police shootings of unarmed black men and women have resulted in the largest civil rights demonstrations in history, demanding that law enforcement and civilians alike recognize that Black lives possess inherent dignity and worth. And nowhere is this demand for the full recognition of the value of Black lives more urgent than in the fight over abortion.

Planned Parenthood was established with the goal of reducing the number of Black babies born in America so whites could maintain their dominant status. To this day, Black babies are killed by abortion far out of proportion to their share of the population, while Planned Parenthood turns a blind eye to race-based abortions, as well as sex trafficking, statutory rape, and other crimes. In the midst of America’s national reckoning on issues of race, it’s finally time for Planned Parenthood to acknowledge the racism at the root of its founding and its ongoing practices.

Margaret Sanger was a racist, white supremacist and eugenicist. She was repulsed by large families, declaring that “The most merciful thing that the large family does to one of its infant members is to kill it.” She believed that contraception should be used to keep minority and poor babies from being born and to limit the growth of Black families and communities. After its legalization, Planned Parenthood embraced abortion as another, more profitable, form of birth control but tried for years to downplay Sanger’s problematic vision and its influence on its practices today. Yet she would surely be delighted by how her legacy lives on, as the organization she founded continues to kill millions of the Black infants she hated so much.

Abortion is the leading cause of death for Black Americans. Today, 36% of all abortions kill a Black baby, even though Black women make up only 13% of the female population. And Black women are five times more likely than white women to have an abortion, with 474 Black preborn lives killed for every 1,000 live births. In some cities, more Black babies are aborted than born.

Yet no matter how many Black babies are aborted, it never seems to be enough. Last year, Planned Parenthood opened an enormous abortion center in the historically Black, Cherry neighborhood in Charlotte, North Carolina, despite strong opposition from the local community.  Unsurprisingly, nearly 80% of Planned Parenthood’s surgical abortion facilities are located within walking distance of Black or brown communities.

I don’t mean to suggest that every Planned Parenthood employee currently shares Sanger’s visceral hatred of Black people. The racism in today’s abortion industry is displayed in the implicit assumption that a Black baby is a burden, not a blessing. We see it in the tacit implication that a woman with less income or less education is somehow unfit to be a mother, and that the best way to empower Black women is to kill their children.

Our letter to Planned Parenthood conveyed a simple message: enough is enough. Black Americans are fed up with Planned Parenthood’s hypocrisy and with the devaluation of Black life by abortion. We demand change. We demand an acknowledgment of the hateful and evil legacy of abortion in America. There is no excuse for further silence.

Black lives must be defended from every kind of violence and harm. Abortion is no exception.

As organizations and institutions across the country wrestle with the enduring harm caused by racism in America, it’s about time Planned Parenthood does the same. 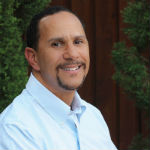 Dean Nelson is the executive director of Human Coalition Action.