If Starbucks Really Wants to Protect Blacks, It Should Start With These People

BCN Senior Editor May 30, 2018 Commentary Comments Off on If Starbucks Really Wants to Protect Blacks, It Should Start With These People 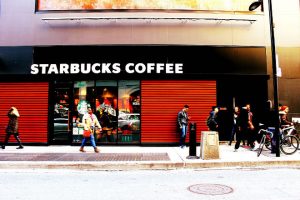 Starbucks is virtue signaling in a vain attempt to appease leftists after an employee called the police on two black men, non-customers, who refused to leave the premises when asked.

The company closed coffee shops around the country on Tuesday for so-called racial bias training to placate the social justice warrior industry.

…Starbucks had racism in its corporate identity long before the April arrests.

Through its corporate donations, Starbucks contributes to one of the most racist organizations in our nation’s history. Planned Parenthood, the largest single provider of abortions in the U.S., performs more than 300,000 terminations each year.

Planned Parenthood’s disdain for human dignity, especially in the African-American community, is deeply embedded in its 101-year history. The numbers do not lie.

Dr. King lays out some inconvenient truths about Planned Parenthood and black babies in the womb, particularly about founder Margaret Sanger. Dr. King recalled the time she and other black pro-lifers asked the Smithsonian Museum to remove a bust of Sanger from the National Portrait Gallery. The bust is displayed in the “Struggle for Justice” exhibit.

The Smithsonian declined to remove that bust.

Abortion mills like Planned Parenthood didn’t become prevalent in the lives of pregnant African-American women by happenstance. Planned Parenthood’s business model was specifically engineered to target them.
…
Starbucks, if you’re really serious about eliminating racism, you will acknowledge that black people, and indeed all human beings, are of one blood and one human race, born and unborn. Racism and abortion are crimes against humanity.

If the company wants to prove its non-racist bona fides, it should begin with the voiceless, the helpless, and the most vulnerable black people — the unborn.

Is Big Tech Too Powerful? These Students Have Something to Say About It.