Ken Blackwell May 2, 2019 Commentary Comments Off on Ken Blackwell: The Left’s Hate Campaigns Against Trump Nominees 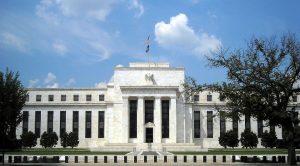 These are tough times if you are a big-government, economic liberal. Since President Trump has taken office, unemployment rates have remained below 4%, hiring among African Americans are at their highest levels in decades, our energy and manufacturing sectors are booming, and employers are scrambling to fill millions of job vacancies by offering competitive salaries.

So what can the frustrated liberal do if he wants to criticize the president’s economic policies? He personally vilifies the people the president wants on his team to further improve our economy, protect American jobs, and generate greater wealth for all.

Enter Stephen Moore, who has been named as a potential nominee by President Trump to serve on the Board of the Federal Reserve. As soon as Moore’s name was floated, he was savaged by the liberal press—and not for his economic knowledge or his views of domestic monetary policy—but via personal attacks on him and his family.

Ruthless attacks on Mr. Moore by the Washington Post and several other news outlets included descriptions of Moore’s relationship with his ex-wife and their children. In a completely predictable move, The New York Times, CNN and other news outlets condemned Moore’s humorous columns, written more than a decade ago, as sexist.

These personal attacks on Mr. Moore sadly replicate the same failed strategy of personal slander aimed at Supreme Court Justice Brett Kavanaugh and most of the president’s cabinet members. We have clearly reached a troubling point in American politics in which Republican presidential nominees are no longer reviewed based on the quality of their credentials (Moore’s are sterling) or the merits of their ideas (ditto), but are squeezed through a gauntlet of brutal, vicious attacks on their personal lives, reputations, and actions dating back as far as 10 years.

Newsweek saw fit to quote TV comedian John Oliver’s scathing criticism of Moore in its coverage. So odd how Oliver, a man whose knowledge of banking and finance likely ends with his checking account routing number, is elevated to “analyst” by Newsweek. Why? Because Oliver served up his usual, caustic foment against conservatives, a tired narrative the liberal press loves to drive.

CNBC at least attempted to assess Moore based on his qualifications—but that criticism came in the form of its “Flash Fed Survey” of 48 respondents. Yes, 48 people. Most of these “fund managers, economists, and strategists” said Moore just wasn’t qualified. Sure, let’s cherry-pick four dozen people who will give CNBC the survey results it wants and then post the biased trash as an honest review of sentiment toward Moore’s qualifications? What a complete joke.

Why do Democrats hate Stephen Moore? Moore is a bright mind in Washington with years of economic policy research, analysis, and commentary on his resume. He is a former senior economist on the Congressional Joint Economic Committee, he has offered economic analysis and advice to two presidential administrations. He is an outspoken, free-market conservative, one who has criticized the Federal Reserve’s actions in the past.

The Federal Reserve is immensely powerful. It regulates our nation’s banks, controls the interest rates banks charge each other, as well as interest rates on loans made to private banks. Stephen Moore could serve the president and the nation in a variety of ways. As qualified as Mr. Moore is to join the Federal Reserve Board, I selfishly believe he would better serve the conservative movement and the Trump administration by staying out of government agency work and be a qualified voice for Trump’s economic policies. Moore ably explains to the American people how the president’s economic agenda promotes job growth and prosperity for working families. I can think of no better champion for the president’s re-election than Stephen Moore.

Ken Blackwell is a former domestic policy advisor to the Trump/Pence Transition Operations.

Previous Ryan Bomberger: Opponents Smoke-Bombed Pro-Life Event at UT Austin To Shut It Down — They Failed
Next Trump Admin Protects Health Care Professionals Who Refuse to Perform Certain Procedures Based on Religious Beliefs or Conscience