Leftists Are Obsessed with Using Race to DIVIDE, Not Unite

They’re obsessed with race, but they seek to divide, not unite.

“They’re dedicated to dividing the country instead of trying to fix what is broken down mostly because of public policy to keep certain people trapped in certain zip codes,” Star Parker said on Straight Arrow News.

“The matter of race is weaponized in pushing unrelated Leftist opinions and policies on a very regular basis,” she said. “The perception of racism exists in any and all instances that are useful to Democrats for promoting their left-wing ideology. They badger, they beat, they demonize the Right by interjected race.”

Star gives an example of how U.S. Supreme Court Justice Ketanji Brown Jackson injected race into the case of a Christian web designer who sued Colorado over a law that would penalize her for refusing to provide services for same-sex “weddings.” Why did race come up? Watch the brief clip below. 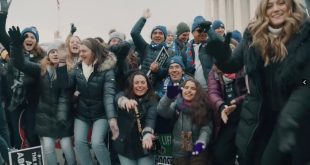