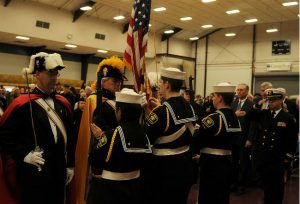 They questioned federal judicial nominee Brian Beuscher, a member of this group, about its political incorrectness.

Helen Raleigh, writing for The Federalist, listed some of their extreme positions. First, the group is comprised of men, and not just men, but Roman Catholic men. No women, no Jews, and no Muslims. They brainwash and indoctrinate the elderly and high school students, driving them to mass and participating in outreach programs. (Raleigh had me going for a second or two.) Here’s more:

I tried, but failed, to find evidence of their attempts to round up LGBTQ citizens or bar women from seeking abortions. But I was able to learn about some of their more public efforts. Every year, they have a basketball free-throw competition. A minimal fee ($1-$2) is charged for admission, and 100 percent of the proceeds go to local schools.

This ableist display shocked the senses. The declared winner each year is someone able to perform an act of athleticism. They make no compromises for those less physically able.

Every week, the Knights bake and sell soda bread to raise money, again for local schools. At first I cheered the sight of these men (again, they are all men) baking, seemingly overturning gender roles. But, I soon recognized that was the result of my own privilege. In actuality, what I was seeing was men appropriating a traditionally female space.

Harris called the Knights of Columbus anti-abortion, a label the group no doubt embraces wholeheartedly. But despite Beuscher’s involvement in a group that does works of charity, all liberal lawmakers can do is call such groups extreme for being all-male, religious, pro-life, and other characteristics they consider worthy of criticism.

The KOC doesn’t serve Catholics only. In fact, “More than $382 million has been given over the past three decades to groups and programs that support the intellectually and physically disabled. One of the largest recipients of funds in this area is the Special Olympics.” The only thing extreme about KOC is their generosity.

Unfortunately, historical truth and charitable work don’t matter much in the eyes of the left. From the anti-Semitism of the Women’s March to the state of Colorado’s attempts to destroy cake baker Jack Phillips to the anti-Catholicism of a growing percentage of the U.S. Senate Judiciary Committee, anti-religion bigotry seems to be the last accepted prejudice.