The Democrats’ Plan to Transform America

Ken Blackwell April 3, 2018 Commentary Comments Off on The Democrats’ Plan to Transform America 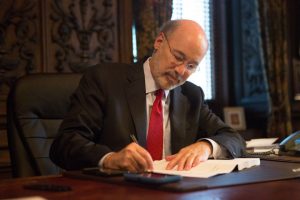 The election high point this century for Democrats was 2008. They took the White House and Congress. They then hoped to addict Americans to government-provided medicine, causing people to vote Democratic forever.

But the plan failed. Since then Republicans have won most elections. Not just nationally, for president and Congress, but also for governor, state legislatures, and other state and local offices.

However, Democrats thought 2016 was the election they could not lose. But lose it they did. The presidency along with Congress and a record number of state governments. Which has made them desperate.

Obviously, Democrats are out of sync with the American people. Most Americans want to restrain government and keep more of their money. They believe in a strong military and defense, in killing, not appeasing terrorists. They don’t want stupid regulations and high taxes to get in the way of economic growth and job creation.

Instead of listening to the people, Democrats are trying to get different people to vote. It doesn’t matter if the people are actually eligible to vote. All they need do is cast ballots for Democrats.

This process is going on in Pennsylvania. First, Democrats gained a stranglehold over the state supreme court. Democratic justices believe their job is to overrule the people’s representatives whenever the Democrats lose.

Second, after routinely gerrymandering elections in their favor when in power, Democrats now express shock to learn that politics influences legislatures. The Democratic answer is for the courts to seize control of the redistricting process. Pennsylvania’s Democratic court majority imposed a plan that was even more favorable to Democrats than that pushed by the Democratic Party.

Gov. Tom Wolf’s first idea is for a nonpartisan commission to draw election maps. The idea may sound appealing, to take politics out of redistricting. But drawing legislative lines is inherently political. There is no such thing as an independent, objective panel.

Most so-called experts have opinions. And someone political must choose the supposedly “independent” members of whatever commission or other body is created. It is impossible take politics out of, well, politics.

While politics is sometimes unseemly, it does ultimately allow accountability. Moreover, it is transparent: we know who is making the decision. That is better than allowing partisans to pose as modern Vestal Virgins.

Even more insidious is Gov. Wolf’s proposal to abandon standards for registering to vote. He would allow election-day registration and automatically sign up anyone who applies for a driver’s license or other government service. Finally, he would allow anyone to use an absentee ballot without an excuse.

All of these changes would be convenient, but convenience is not the appropriate standard for elections. Even a cursory review of registration rolls nationwide shows widespread error and fraud—non-citizens and the dead voting, for instance. Lawsuits filed by the American Civil Rights Union have exposed how little many local officials do to protect the votes of their citizens.

Yet the Democratic Party attempts to thwart even modest measures designed to ensure election integrity. Simply showing a photo ID is considered too onerous for would-be voters.

All of Wolf’s proposals, intentionally or not, would enable and actually encourage more fraudulent voting.

Same day registration creates chaos for registrars at the very moment their focus should be on balloting. More importantly, there would be no verification of eligibility.

If fraud is later discovered, it will be too late. Then the newly elected Democrats can even help cover up the process.

Gov. Wolf talked of bringing the state’s electoral process into the 21st century. Actually, he’s proposing a big leap backward, into the 19th century when vote fraud was rife.

Instead, officials at all levels should work to improve the safeguarding of our election process. The foundation for American democracy is free and honest elections. Without that, the American people understandably will lose faith in their government.

No doubt in the future Democrats will again win the presidency and control of Congress. The latter could come as soon as seven months. But if so, Democrats should win honestly, through legal votes cast in the ballot box.