BCN Senior Editor May 9, 2016 Commentary Comments Off on The ‘Race-Conscious’ Black Republican 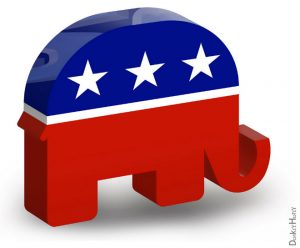 From a New York Times op-ed by Corey D. Fields, an assistant professor of sociology at Stanford and author of the forthcoming Black Elephants in the Room: The Unexpected Politics of African American Republicans:

“Though colorblind black Republicans get a lot of attention, they fail to represent an important, if overlooked, type of black Republican, which I call ‘race conscious.’

“I began studying the experiences of black activists in the Republican Party in 2006. In addition to monitoring their online presence, I attended political rallies, organizational meetings, conferences and panel discussions. I also spent time interviewing about 50 black Republicans involved in state and local politics across the nation who were often trying to persuade black voters to consider voting Republican.

“What I found was at odds with the message of most black Republicans in the public eye. These race-conscious Republicans saw themselves as closely linked to a broader black community, and most experienced this connection as empowering. They were committed to conservative politics as a tool for the uplift of the black community. While they supported most Republican policy positions, their motivations were grounded in their black identity.

“For instance, in their view, the virtue of school vouchers was not the free-market approach to education but rather the empowerment of black parents. They championed smaller government as a way of stemming the influence of white bureaucrats in black communities. One activist described his support of Republican politics as a way to achieve ‘Black Power through conservative principles.'”

Read the rest at the New York Times.

Previous Chick-fil-A to Expand in This City — And the Mayor Is Livid
Next WATCH: What This Bill Could Do for Businesses and Low-Income Communities