The Tragedy In Yemen: The Rest Of The Story

Ken Blackwell October 30, 2017 Commentary Comments Off on The Tragedy In Yemen: The Rest Of The Story 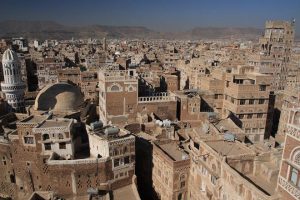 I’m shocked by the UN’s decision to censure Saudi Arabia for its actions in Yemen.  It is indeed deplorable to see children die in combat anywhere, but it is particularly hard to witness the daily murder of innocent children who, through no fault of their own, are in the wrong place at the wrong time.   In fact, according to the UN Secretary General’s report on “Children and Armed Combat,” 1340 children died in 2016 alone.   As someone who has spent a lifetime concerned about human rights, this is especially tragic.  What is disappointing about the UN decision, however, is not that they have highlighted the terrible tragedy in the country, but that they have pointed a finger in the wrong direction.

For many of us in the West, Yemen is a far away place that is a war zone, but for the Saudis, Yemen is a neighboring country overtaken by a rogue regime and uncompromising Houthi rebels who pose a threat to local and regional security.   Children are dying in Yemen because the rebels prefer to work from heavily populated areas, often using children as human shields, a violation of international humanitarian law and creating unimaginable cruelty.  They establish command centers in civilian areas, often locating in hotels and even in schools and they gain the sympathy of international media by showing the results of the strikes against them, and the impact on the children in their vicinity.

Even the loss of one child under these circumstances is wrong and worth condemnation.  No child should have to live under this fear.  Both sides should establish protections as the Saudis recently did by creating their “child protection unit” and locating it within their coalition headquarters.   But the real focus needs to be on condemning the use of children as human shields and as deterrents, and that is where the UN can and should focus its attention.

Previous WATCH: Black Conservative Star Parker Had to Move Because of This
Next If This Bill Becomes Law, Abortionists Won’t Be Allowed to Kill Unborn Babies Before They Check for This