Trump Expected To Advance Religious Liberty at the UN

Ken Blackwell September 21, 2018 Commentary Comments Off on Trump Expected To Advance Religious Liberty at the UN 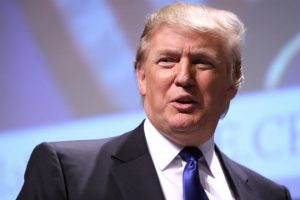 Every year, without fail, the Islamic Republic of Iran is ranked as one of the worst countries in the world for religious freedom. Persecution of religious minorities is rampant and deeply ingrained in government institutions, and Christians are high on the list of those who are at risk, especially Christians who have converted from Islam.

The most recent State Department report on International Religious Freedom notes that between 2010 and 2017, more than 600 Christians were imprisoned solely for the practice of their faith. The same report points to an upsurge in anti-Christian sentiment within Iranian state media, accompanied by more frequent and aggressive raids on home-based churches.

International human rights groups can naturally be counted on to back up the State Department’s findings and to push for activism on behalf of at-risk individuals and populations in the Islamic Republic.

Of course, this goes to show how deeply Islamic extremism is ingrained into the identity of Iran’s theocratic regime. Every time that regime prosecutes someone for national security crimes on the basis of membership in a religious minority, it is effectively admitting that the regime cannot survive in the presence of religious freedom. As such, the mullahs tacitly admit this fact almost every single day.

There is no sensible reason for any modern, democratic government to dispute that fact. And yet the previous White House did just that when it joined the European Union in pursuing negotiations with the Iranian regime on the expectation that this would promote “moderation” among the leadership. More than three years after the signing of a nuclear deal that was supposed to usher in this moderation, the naivety of this view has been clearly exposed.

As was revealed recently, some of the Obama administration officials have not given up hope for keeping this deal afloat. John Kerry, for instance, has met with his Iranian counterparts and advised the ayatollahs to wait until the Trump administration is out. His conduct is hard to fathom, and it is very damaging to US national security imperatives as well as prospects for promoting religious liberty in the Middle East.

Fortunately, the current presidential administration has no such impulse to turn away from systematic violations of religious freedom and other human rights while waiting for Tehran to correct its own behavior.

In fact, the Trump administration has commendably made religious freedom a major focus of its foreign policy. This was demonstrated in July when the State Department hosted its first ever Ministerial to Advance Religious Freedom. And it will be demonstrated again this week when Secretary of State Mike Pompeo attends the Values Voter Summit to participate in a discussion of international religious liberty. None of his predecessors in the office have done the same.

The significance of these gestures is amplified, particularly where Iran policy is concerned, by the fact that the Trump administration has repeatedly affirmed its commitment to assertive foreign policies that will actually hold Tehran and other repressive governments accountable for violations of the rights of Christians and other minorities. The US is now in the midst of re-imposing the sanctions that were suspended in the wake of short-sighted international negotiations, and this is being done with the express purpose of compelling the Iranian regime toward a comprehensive change of behavior.

To complement its correct policy, the White House should publicly recognize that there is a viable alternative to the clerical regime, which has already specified unqualified religious freedom as part of its vision for Iran’s democratic future. The  2018 Iran Uprising Summit to be held later this week will echo this message.

The National Council of Resistance of Iran, the coalition of Iranian opposition movements with the People’s Mojahedin Organization of Iran (PMOI/MEK) at its core is that alternative. The longstanding pro-democratic Resistance has made itself known in recent months as the driving force behind a far-reaching protest movement that speaks for the economically disenfranchised, for the wrongfully imprisoned, for persecuted minorities, and so on.

In January, the supreme leader of the Iranian regime credited the MEK with facilitating the rapid spread of the protests, and used that fact to spur a more aggressive crackdown on them. But even after 8,000 arrests and 50 deaths, the Iranian public remained ready to take to the streets again, and the protest movement showed a significant resurgence in March, following a message from NCRI President  Maryam Rajavi calling for “a year full of uprisings” in pursuit of “final victory” over the Iranian regime. In August, protests erupted in more than two dozen cities and towns. Anti-government protests have become a new feature of the Iranian political landscape.

The Trump administration has done something very admirable by giving international religious freedom a place of prominence in its foreign policy. But it can only truly follow through on its commitment to that principle if it partners with local actors who share the same commitment.

Although Iran is presently one of the world’s most troubled areas in terms of religious liberty and human rights, it is also home to one of the most active, organized, and well-established movements in favor of Western-style values and democratic governance. There is no better or more obvious way of promoting those values in Iranian society than by endorsing and supporting the MEK and its allies. President Trump presiding over the UN Security Council session on September 26 provides a unique opportunity for the US to make a stand for universal values including religious freedoms and to make a clear case for greater multilateral pressure on Iran.

Ken Blackwell is an advisor to the Family Research Council in Washington, DC.