President-elect Joe Biden is expected to support federal paid leave benefits for employees. Whether such an agenda can go through with a Republican Senate is questionable. That is unless, Democrats get the help from some misguided conservatives, who have been pushing their own version of paid leave under the illusion that the government could somehow get involved in this area of our lives without growing the size and scope of government.

Let’s review what’s at stake here, since the arguments for a federal paid leave program are grounded in distorted information and bad assumptions.

President-elect Biden has not given many details about his vision for a paid leave program. We know from his campaign website that he supports 12 weeks of paid leave for all workers to care for all sorts of family needs. It’s easy to assume that Biden would likely support the main Democratic proposal, a program called the Family Act. That plan would provide workers with 12 weeks of leave and cover two-thirds of workers’ wages. It would be financed with a 0.4% payroll tax, or $4 a week.

Now, the Democrats’ insistence that we adopt a federal paid leave program may lead many to assume that American companies do not provide paid leave to their employees at all. In fact, one talking point that all proponents of the federal program like to repeat is that the United States is the only industrialized nation without a national paid leave program. While this is true, it is not the case that no workers in American enjoy paid leave benefits.

First, according to the Bureau of Labor Statistics, 17% of workers have access to a paid leave program, an increase from 13% two years ago. However, this number is highly misleading, since it severely underestimates the actual number of workers who benefit from paid leave. The BLS’s peculiar survey methods require paid leave to exist separately from “sick leave, vacation, personal leave or short-term disability leave that is available to the employee.” Proper accounting, which uses several government surveys about workers’ benefits, reveals that a majority of workers have access to paid family leave benefits, and three out of four who take leave in a given year get full or partial pay.

The reason for this is extremely simple. The benefits of paid leave to families and young parents are well documented. Many companies understand that they gain from providing this type of benefit to their workers, as it leads to more satisfied employees, lower turnover rates, and higher productivity. But that doesn’t mean that this benefit should be mandated, supplied, or subsidized by the government.

There’s a large body of literature on the negative impact of government-paid leave policies on women’s wages, prospects for advancement, and overall employment. Implementing these policies here would simply mimic a policy that has already backfired elsewhere. Evidence at the international level is damning.

Consider Denmark. Its government offers 52 weeks of paid leave and other generous, family-friendly benefits. But even in paradise, there’s no such thing as a free lunch. A well-cited study shows that while men’s and women’s pay grew at roughly the same rates before they had kids, mothers saw their earnings rapidly reduced by nearly 30% on average; men’s earnings were fine. Women might also become less likely to work, and if still employed, earn lower wages and work fewer hours. Women are also seriously underrepresented in managerial positions.

Some people argue that paid leave is only one side of the equation: In order to get the full benefit of paid leave, the government needs to subsidize childcare, too. This is incorrect. A recent paper looking at 50 years of data from Austria shows that the generous expansion of paid leave benefits, even when coupled with generous childcare benefits, “have had virtually no impact on gender convergence.” In other words, those claiming that the benefits are necessary to close any real or imaginary gender gaps in the workplace should find another way.

Adding insult to injury, most paid leave programs would be paid for with a hike in the payroll tax, a particularly punishing tax for low-skilled women. This is important since the Family Act’s price tag advertised by Democrats – a 0.4% payroll tax or $4 per week, per worker, on average – is highly deceptive. As the Heritage Foundation’s Rachel Greszler shows, in reality, after accounting for increases in leave-taking behaviors in response to the more generous program, the cost rises to $200 billion – which would require a tax hike of 2.55%. That’s about $1,300 for the average worker, and that’s added to the already-steep payroll tax of 15.3%.

Conservatives generally understand the negative impact of government mandates and federal spending. This longstanding attitude is why most of them vigorously oppose the Family Act. Unfortunately, in recent years, some of them have put their support behind the idea of using Social Security benefits to finance paid leave. I have covered this particular proposal and all the reasons for opposing it in a paper a few years ago with former public trustee for Social Security and Medicare Charles Blahous and former acting Deputy Commissioner of Social Security Jason Fichtner.

A final word of caution: Once a federal paid leave policy is implemented, whether through Social Security or mandated with funding provided by the government, the companies already providing the benefit will stop or will likely demand that workers use the government option first. We have seen this phenomenon before in states where paid leave programs were put in place. That’s how civil society shrinks.

Either way, it is a bad deal for Americans in general. 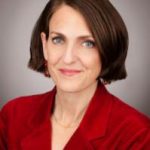 Veronique de Rugy is a senior research fellow at the Mercatus Center at George Mason University and a nationally syndicated columnist.

Previous After Supreme Court Loss, This Nevada Church Scored a Victory in Ninth Circuit
Next These Black Pastors Have a Message for Abortion Advocate Raphael Warnock