When you turn on your iPhone, MacBook, or iPad today, thank a courageous birth mom who didn’t abort the genius who would become the founder of Apple. Steve Jobs was adopted and loved.

When you listen to a country music superstar husband and wife duo sing a heart-melting ballad, thank the families who took them in. Tim McGraw and Faith Hill were both adopted and loved.

When you watch the most decorated Olympic gymnast in the world, thank the grandparents who opened their hearts and home to her. Simone Biles was adopted and loved. When I think about growing up in a diverse family of fifteen with two incredible parents, I thank my courageous birth mom. I was conceived in rape but adopted in love.

November is National Adoption Month. Adoption unleashes purpose. It’s an act of love, mercy, justice, and sacrifice. It’s not an easy decision, and it’s not an easy road for anyone involved. (Sidenote: raising your biological children is not an easy road, either.) In the natural and the supernatural, adoption helps to bring wholeness and healing to what is broken. I know because I’ve lived it.

It’s a journey marked by joy, sadness, faith, uncertainty, victories, trials, and lots of self-sacrificial love. There are those who demonize adoption and encourage others to fixate on perpetual trauma. I’d rather focus on ways to bring about personal triumphs. Trauma should become a reference point, not a resting place.

Since the Dobbs decision, the anti-adoption rhetoric has exponentially increased. Some claim abortion is a preemptive act that prevents someone from experiencing adversity. What a horrible social policy. You don’t eliminate the potential sufferer; you elevate the person who is suffering.

The true strength of our humanity is how we help those in their weakest moments. Vulnerable children need that strength. In 2020, there were an estimated 930,160 children aborted in our nation. The numbers have been increasing since 2017. That same year, there were only 79,161 total adoptions. This is a significant drop from 2019 where there were 94,743 adoptions. Pandemic fears increased avoidable deaths while decreasing alternatives to induced deaths.

In 2020, there were 57,881 children adopted out of foster care (part of that 79,161 figure). But there were still 63,815 children still waiting to be adopted out of that system. These numbers illuminate a tragic failure of our society to love. We must, and we can, do so much better.

If just one family in 33% of our nation’s nearly 200,000 evangelical and conservative Protestant congregations adopted, we could provide a home for every child waiting to be adopted. Or it would take 3-4 families in our nation’s 17,000 Catholic parishes to adopt to bring that 63,815 statistic down to zero.

This is achievable if our will is intentional. 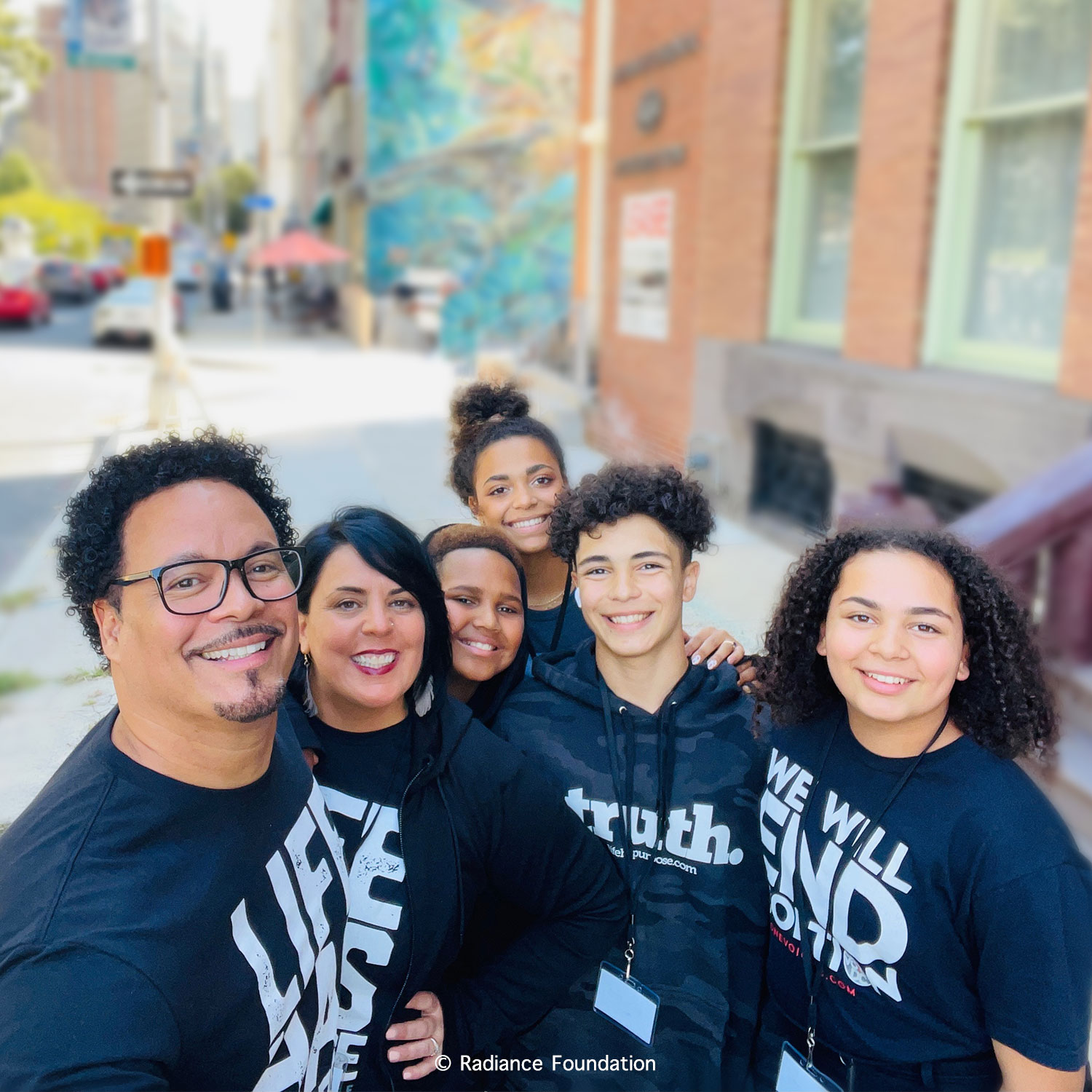 Ryan, Bethany and their four kiddos at the first PA March for Life.

I recognize, though, there are obstacles (mostly legal) that prevent some amazing couples from adopting. Too often, activist judges fail to rule in the best interests of the child and see biological bonds as the only valid option. Several state governments, along with the ACLU and Lambda Legal, have been trying to shut down faith-based adoption agencies because of who they are (Christians) and whom they love (vulnerable children who need a married mom and dad).

Some child welfare providers (like woke Bethany Christian Services) and social workers wrongly focus on “race” and heavily discourage “transracial” adoptions. As someone from a family of white, black, Native American, Vietnamese, and mixed children I abhor the racist practice of pretending that parents and child must be the same color. In fact, the federal Multi-Ethnic Placement Act “prohibits child welfare agencies that receive federal funding from delaying or denying foster or adoptive placements because of a child or prospective foster or adoptive parent’s race.”

No one benefits from separating people into bogus racial categories (well except for “anti-racism” race hucksters selling their poison in New York Times bestselling books). Ask black and brown children languishing in foster care; they’re not lobbying to preserve their “culture”. They want to be rescued from dysfunction. They want permanence. They want to love and to be loved.

My nonprofit, The Radiance Foundation, is passionately pro-adoption. Our adoption portal, AdoptedAndLoved.com, contains informative articles, videos, graphics, and vetted adoption resources. Our new fund, the Henry & Andrea Bomberger Adopted and Loved Fund, provides grants to Christian families seeking to adopt. It’s named after my parents because they truly embodied what it means to be pro-life. My amazing mom, Andrea, is still alive unleashing purpose in others. My dad painfully passed away in 2021. He loved everyone so deeply and was loved so deeply by everyone. The father of thirteen children, who adopted ten of us, died on the tragic anniversary of Roe v. Wade. His incredible legacy of faith and love redeems that day for me.

Each of us have irrevocable and equal worth. The famous individuals I mentioned earlier do not possess more value because of their achievements. Their lives, however, illustrate the profound and widespread impact of adoption. Last year, Simone Biles announced on Instagram that she is pro-abortion. “[Adoption’s] not that easy and coming from someone who was in the foster care system TRUST me,” she explained. “Foster care system is broken and it’s TOUGH. Especially on the kids and young adults who age out. And adoption is expensive … I’m just saying.” She claimed people “misconstrued her words”. They didn’t. She was advocating death as a better option than life.

Love and self-sacrifice are never easy. But they beautifully change the trajectory of people’s lives. Simone’s own adoption experience tangibly reflects this. Her grandparents rescued her out of that broken system and helped to unleash her God-given purpose. My adopted siblings and I know that feeling.

Ryan Bomberger is the Chief Creative Officer and co-founder of The Radiance Foundation. He is happily married to his best friend, Bethany, who is the Executive Director of Radiance. They are adoptive parents with four awesome kiddos. Ryan is an Emmy Award-winning creative professional, factivist, international public speaker and author of NOT EQUAL: CIVIL RIGHTS GONE WRONG. He loves illuminating that every human life has purpose.