Black Prof Projects Her Own Racism onto Trumpsters 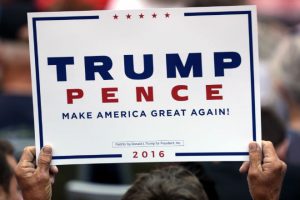 Nearly two weeks ago, I read a column in the New York Times entitled, “The Heartbreak of Raising a Black Daughter in a Red State.” In it, an adjunct professor in Pennsylvania, Shanita Hubbard, carefully crammed in every white racist stereotype imaginable to make the case that the “Trump effect” has caused racism in Pennsylvania to flourish.

Furthermore, she claims that her 8-year-old daughter has been the victim of that racism by classmates who must’ve been taught how to behave by their white parents. However, when you examine the piece closely, it becomes clear that professor Hubbard is the racist, not her intended targets – Trump supporters.

What’s most troubling about Shanita Hubbard’s column is that she appears to be either unwilling or incapable of distinguishing real racism from fake racism. Sadly, as a result, she’ll raise her daughter and no doubt teach her students how to keep racism alive in America based upon her own perceptions, rather than help heal race-relations based upon evidence.

Professor Hubbard begins her column by saying, “Nearly two years ago, I moved with my daughter, who was then 7, from Yonkers to a small town in Pennsylvania. It’s minutes outside of New Jersey, but right in the heart of Donald Trump’s America. Sixty-one percent of the people in my county voted for him.” Right off the bat, the writer implies that Trump won her county based upon racism, not policy – skin color, not jobs. Also, no mention that Trump wasn’t supposed to win Pennsylvania, Michigan, or Wisconsin due to the large number of registered Democrats; you know, her peeps.

She attempted to back her claim in the very next paragraph: “[D]riving through most communities in our area still means seeing large blue Trump campaign signs on perfectly manicured lawns.” Why would she write this? I suspect to convey that Trumpsters have money.

She goes on to say, “Chances are you’ll spot at least two-newer model pickup trucks with Confederate flag license plate frames.” After all, what would an accusation of racism be without a Confederate flag thrown into the mix? Useless, I suppose. But Hubbard doesn’t stop there! She proclaims, “As I, a black woman, move through my daily routine, I exchange nonverbal social pleasantries with my neighbors – gestures that are calculated to avoid the kind of actual conversation that could quickly become uncomfortable. A quick nod. A small smile. But all the unspoken words that haunt my interactions in stores and on sidewalks seem to fall freely from children’s lips on the school playground.”

Did you catch that? Professor Hubbard projects her own inwardly racist feelings onto her neighbors; no evidence, just feelings. Then she braces us for the evidence. Evidence she never experiences mind you, but evidence that’s about to be conveniently played out at her daughter’s school.

After citing a couple of stories that have recently appeared online and could understandably be construed as real racism, Hubbard follows up by sharing her daughter’s testimony as a way of reminding her of the racial plight she’s placed her in by moving to Trump country. She writes, “My reminders come in the form of my daughter’s answers to ‘How was your school today?’” Odd question, but OK. She continues “One recent afternoon she reported that two girls she considered friends could no longer play with her. The reason: she’s brown.” Dah, dah, dah! Notice there’s no mention of Hubbard asking for a conference between the teacher and other parents.

Again, she continues: “My daughter, who’s 8 now, has been called ‘the maid’ by her white classmates. Even more devastating, in some ways, is when she absorbs the attitudes the other kids seem to have learned from their parents.” If that ain’t the pot calling the kettle black, I don’t know what is! Still, she goes on: “The other day she asked me why ‘Mexicans are so dangerous.’” Bright kid! Apparently, she’s informed on border policy and how it somehow relates to racial discrimination.

If all of this weren’t enough, Hubbard, who seems to put her feelings before critical thought, listed a litany of accusations against President Trump, presenting them out of context, that certainly makes the case Trump is no great orator like Ronald Reagan or Barack Obama, but doesn’t do anything to prove he’s a racist. She wrongly mentioned Trump “calling African nations ‘s—hole countries’” when he was clearly talking about hole the government operates, not the people. She also referenced Charlottesville, claiming Trump called the neo-Nazis “fine people,” when in actuality he inartfully referenced the people protesting against the Nazis. She mentioned the so-called “Muslim ban” rather than recognizing Trump place a temporary ban on travelers coming from hot zones so that they could be thoroughly vetted, just like President Obama did. And lastly, she mentioned the children who are being separated at the border from their parents with no mention of the fact that many of these kids are being trafficked by coyotes, used as drug mules and paired up with adults that aren’t there real parents so each case must be scrutinized.

But worst of all, in a disastrous attempt to sound conciliatory, professor Hubbard wrote, “… even children who do not come from homes with parents who parrot racist messages can be affected by messages that have become more mainstream. That’s why white parents who are attempting to raise their children to respect people from different backgrounds and condemn bigotry when they see it need to have carefully guided conversations with them.” What?! What a racist!

If racial healing is going to occur in America, it’s imperative that your children drop classes taught by bigots like professor Hubbard and attend multi-racial churches (not to be mistaken by misguided multi-cultural churches) that have a singular purpose in mind – serve God and serve others.