Do We Fixate on Sin Rather than Focus on Transformation? 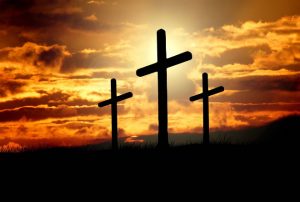 In his book “The Divine Conspiracy,” Dallas Willard talks about what he calls the “gospel of sin management.” He confronts the errors of both conservatives and liberals. He challenges the left and the right by saying both have missed the truth of the Gospel by ironically committing the same error: Fixating on sin rather than focusing on transformation.

The right, Mr. Willard contends, holds fast to the gospel of managing personal sins. Obsessed with ourselves, conservatives tend to be isolationists. We withdraw from the corruption of the world around us and, thus, seek the protection of cloistered communities and exclusive clubs — otherwise known as churches.

Just like the self-centered dwarfs in C.S. Lewis’ children’s stories, we sit on the sidelines and stew. “The dwarfs are for the dwarfs” we proudly chant. It’s all about us, you know: Our salvation, our security, our sanctification, our fears and even our sins. Say the right prayer. Mouth the right mantra. Run to the altar the right number of times and salvation is ours. The world may be damned, but we’re not.

The left, Mr. Willard argues, ironically commits the same error with a slightly different twist. Contrary to popular opinion, liberals do believe in sin. How else can you explain the indignation of Maxine Waters, Nancy Pelosi or Chuck Schumer as they rail against the “evil” they see personified in a man named Trump, or the anger of Hillary Clinton as she bemoans a “vast right-wing conspiracy” that brought down her quest for power, or the zealous fervor of Al Gore and his disciples as they preach their gospel of global warming?

Sin is real and there is indeed a lot of it, says the left. Just look around at the bourgeois excesses of the right, they shout from their political pulpits, and you will see all the proof you need.

But here is the difference: For the liberal it isn’t about him and his sin, it is about you and yours. It’s about your intolerance, your materialism, your insensitivity, your closed-mindedness and your traditional morality.

Sin is not measured by objective truths as espoused by the right. To the contrary, Mr. Willard’s liberal darts past any such discussion of divine inspiration with the arrogant confidence of Eden’s serpent to declare, “I don’t need anyone else to tell me what sin is or isn’t.”

Social inequities and corporate greed are wrong — not because God says so, but because I do. Public life is the issue — not my private life. Sin is something that others do, and they need to be managed in such a way so that they don’t intrude on my self-actualization and my self-esteem, my rights and my choices, my sexuality and my pleasures, and so on and so forth.

So, you see, both conservatives and liberals are navel gazers. One group looks at its own belly. The other looks at everyone else’s. One group tends to be self-centered, while the other is arrogantly sanctimonious. Both focus on gospels of managing sin (their own or their adversary’s) while neither group seems to have any passion for personal piety, for holistic integrity, for selfless regeneration, for public responsibility, for community sacrifice, for character or for virtue.

During these times of culture wars and political division, doesn’t it strike you as odd that a nation with more than 100 million people professing to be followers of Christ can so easily show the world that it is more prone to act like the Donner Party than the Brady Bunch?

Time and time again we show all those watching our grisly habit of consuming ourselves as one group rants against personal sins and the other rails against social evils. No solutions: Just disgust, just diatribes, just blame, just bravado.

He declares that we (both the left and the right) have stared so long at the sun of sin that we are nearly blinded to the solution uniquely found in “the way, the truth, and the life” modeled by our savior. Sin’s siren has mesmerized us into inaction and hypocrisy where it should have been a warning to seek a “more excellent way.”

Managing sin (mine or yours), while a necessary starting point, can never be the end goal.

Isn’t this the lesson of the Pharisees? Anything short of confession, short of forgiveness, short of selfless humility, short of transformation (i.e., short of Christ-likeness) will prove itself to be a morbid fixation on managing the cancer rather than celebrating the cure.