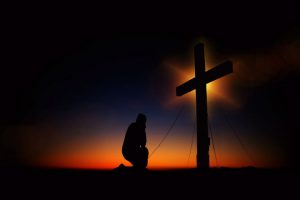 “The present is the only time in which any duty may be done or grace received.”
– C.S. Lewis

A primary role of the church, and of the gospel upon which is founded, is to prepare its people for eternity. Or, to put it more plainly, to prepare them to die. And yet death and eternity are arguably subjects that the church seems to avoid addressing more than almost any others.

Come to think of it, when was the last time you heard a sermon that dealt with the brevity of life or the finitude of your mortality?

Time is a reality for each of us, both in this life and in the next. From the moment you and I are conceived in our mother’s womb, the providential clocks of our earthly and eternal existence start ticking. The former is to someday come to an end, whereas the latter will never cease to be.

“When you kill time, remember that it has no resurrection.” – A.W. Tozer

There is perhaps no greater sense in which the finitude of time is more evident to us than in situations involving human life and death. The ardor and exuberance we feel when a child is born into the world, fallen though it may be, is offset by the soberness of knowing that one day he or she will depart from it. Such experiences are reminders to us that indeed “time waits for no one” (as the saying goes).

Scripture has much to say on the subject of time and how we, as believers in the God who transcends time, are to make the most of it for His kingdom (Eph. 5:15-16). The very first verse in the Bible is a reference to a point in time in that, “In the beginning God created the heavens and the earth (Gen. 1:1).”

It is the degree to which we view time as God does that ultimately determines what we choose to do with the time He has given us (Ps. 90:12).

This is important to note because, for the Christian anyway, the concept of time is first theological then chronological. Our problem, however, is we are so easily seduced by the trappings and attractions of this world that we often succumb to the temptation to invert that paradigm. Consequently, we have a propensity to view time in terms of prioritizing our own purposes, plans, and goals above those which God Himself has ordained for us (Eph. 2:10).

“Time is given us to use in view of eternity.” – Henry Allan Ironside

By means of God’s common grace every person who has ever lived, regenerate and unregenerate alike, has been apportioned a certain measure of time on this earth. Ideally, it is to be used in service to the One who gifted that time to us to begin with. Unfortunately, however, not everyone appreciates this, including Christians. As the Puritan missionary David Brainerd, who died of tuberculosis at the age of 29 said, regrettably, “Oh, how precious is time, and how it pains me to see it slide away, while I do so little to any good purpose.”

The irony of Brainerd’s self-effacing lamentation is that many would argue he was the greatest Christian missionary who ever lived.

Brainerd’s accomplishments in the mission field were of such significance that Jonathan Edwards, a man many would argue is the most brilliant theologian America has ever produced, in a sermon he preached at the funeral of the young missionary, remarked of Brainerd that, “He in his whole course acted as one who had indeed sold all for Christ, and had entirely devoted himself to God, and made His glory the highest end, and was fully determined to spend his whole time and strength in His service.”

Would that we all were as convicted as Brainerd with regard to redeeming our time for Christ.

“God hath given to man a short time here upon earth, and yet upon this short time eternity depends.” – Jeremy Taylor

I mention this because a habit or, perhaps more accurately, since I am a Christian after all, a spiritual discipline I have, is to never flip the page on the calendar to the next day’s date until I actually walk into the office the following morning. I do this as a reminder that no day is promised or deserved, and that each new day is an unmerited gift of grace from a loving and merciful heavenly Father in whose hands are my very life and being (Acts 17:28).

“Time is the most valuable thing that a man can spend.” – Diogenes Laertius

We Christians can be quite astute at professing with our mouth what we believe about God and His word, but that we don’t actually live out in practice. I call it using bumper-sticker theology – very succinct and concise biblical catch-phrases that would look nice on a t-shirt or bumper sticker and that are biblically correct in terms of orthodoxy, but with which we are woefully inconsistent when it comes to orthopraxy.

One of those bumper-sticker phrases is: “Time is a gift from God.” We have a mental cognizance that this is true, but how quickly that principle escapes us in application as we strive in our daily walk with Christ (Col. 1:10-12).

“Serve God by doing common actions in a heavenly spirit, and then, if your daily calling only leaves you cracks and crevices of time, fill them up with holy service.” – C.H. Spurgeon

My older brother died while in hospice care of complications from HIV/AIDS at the age of 35. Conversely, my father passed away from a massive heart attack at only 64 years of age while engaged in an activity you and I do every day. He was at home one afternoon and simply went in to use the bathroom and didn’t come out. My mother, who had been waiting for some time for my father to pick her up from work that day, walked home and found my father slumped over the bathtub dead.

I share these personal experiences with you as a loving admonition and encouragement to take very seriously the time God has granted you (Ps. 39:4-5).

No day is promised.

Not one second. Not one minute. Not one hour.

All of time is a gift from God.

That time is a gift from God means He grants it to us at His sovereign discretion.

Use it to serve Him.