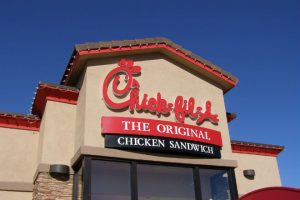 If there was any remaining doubt, this past week’s news puts it to rest. Christians are now being punished in America.

From San Francisco, California to San Antonio, Texas, the church is being persecuted. Faithful Christians — those who still believe in the Bible as their rule of faith and practice — are being harassed for simply holding to the millennia-old creeds of their faith. Devout Catholics are being blackballed from our nation’s courts. Evangelicals are being excluded from the public debate. Today, orthodox Christians are not only considered politically unpopular, but they are now dubbed morally unacceptable to even engage in local commerce.

If you’re a Christian business owner who dares give money to a charitable cause grounded in traditional morality, your company will be targeted, protested and shut down. Your restaurant will be shuttered. Your bakery will be shunned. Your flower shop will be attacked. Faithful and devout Christians are now officially considered a cultural embarrassment. They are a pariah that must be removed from the market square. They cannot be tolerated. They must be barred. Under the rainbow banner of “inclusion,” Christians are now excluded from speaking, buying or selling in the arena of public life.

On March 22, the San Antonio City Council announced with great pride and fanfare it was officially banning Chick-fil-A from doing business in the San Antonio International Airport over what it called the fast-food chain’s “anti-LGBTQ behavior.”

What was this egregious “behavior” you ask? Was it the refusal to do business with homosexuals? No. There has never been any such claim against Chick-fil-A. In fact, this company has been complimented repeatedly by the LGBTQ community for its gracious, kind and exemplary customer service. Was it a refusal to hire homosexuals? No. Again, there has never been such an accusation against this company and in fact Chick-fil-A does not ask about nor discriminate against any employee’s private sexual choices.

So, what did Chick-fil-A do that warranted the blacklisting of the San Antonio City Council?

Well, this company which is owned by evangelical Christians has dared to designate some of its annual charitable giving to churches and church related organizations that still believe in — can you believe it? — orthodox Christianity.

It is this shameful act that led San Antonio City Councilman Roberto Trevino, to breathlessly run to the microphone this past Friday to announce: “With this decision [to exclude faithful Christians], the City Council reaffirmed the work our city has done to become a champion of inclusion.” One has to wonder if Mr. Trevino even hears the sounds of that branch upon which he is sitting creaking and cracking as he saws away so feverishly while chanting his self-refuting mantra of not tolerating those he finds intolerable? A course or two in elementary Socratic logic might be in order here.

So, there you have it. We have actually come to a point in our culture where the state presumes the authority to tell a baker in Colorado what art he must create and a florist in Washington what religious ceremonies she must celebrate. Moreover, we now live in a time where your local City Council proudly denies a fast-food chain the right to buy, sell or do any business in the general economy simply because a Christian owner had the audacity to make private donations to the church.

Christians are now considered verboten. Show any evidence of believing in a biblical God and biblical morality and you will be shut down. You will be forbidden to sell your product. Your “intolerance” will not be tolerated. To paraphrase Mr. Trevino, “Oh, you Christians may have your precious ‘freedom of religion.’ Yes, the Constitution may protect your right to believe in your silly God and spew your old-fashioned ideas about sin and salvation. But if you dare say anything about any of this in the public square, or if you have the actual temerity to try to practice the tenets of your faith in your business or your public life, we will sue you, we will silence you, we will fine you, we will malign you, we will blackball you, we will de-platform you, we will not buy from you or sell to you. We will crush you. Submit or be destroyed.”

“And no one could buy or sell unless he has the mark ” Revelation 13:17