Gearing Up for a Major Fight for Freedom in 2018

I was overwhelmed with gratitude when I received an Impact Award from a powerful conservative voice in our country: Ginni Thomas, who I also count as my friend.

With Sean Hannity as the Keynote Speaker and fellow recipient of the award, the Impact Awards honor conservative leaders who go above and beyond in the defense of Liberty. When Ginni Thomas introduced me at the awards, she accurately described how CURE — the organization that I founded and run in Washington, DC — is an outpost of freedom in the parts of our country that have been long neglected by conservatives while leftists — in the name of equality — burn them to the ground.

In my acceptance speech, I first thanked people like you who financially sponsor my work to make our education possible. I told everyone there how I’m so honored to be YOUR foot-soldier for freedom!

Friend, I LOVE what I do despite the costs! I love being a protector and a passionate promoter of three Cs: Christianity, Capitalism and our Constitution.

And with the support from people like you, I’m so honored to be able to go into our poorest communities and repeat what Ronald Reagan told us: the answer to poverty is freedom and personal responsibility, not a welfare state.

As I write to you, my team and I gear up for a major fight for freedom in 2018. With welfare reform as a major priority — and you know this has been a long time coming — we must make sure we fight the lies from the left during this critical election year that could risk everything we’ve worked for. 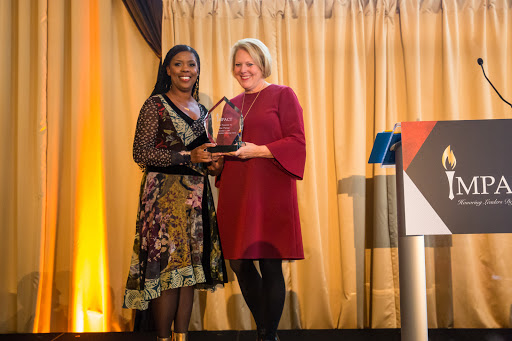 I’m so thankful to the American people for allowing the Lord to shine down mercy on our country one more time so that we can make America great again!

Let’s take this opportunity while we have it!

Previous Why I’m Sold on Brick-and-Mortar Shopping
Next The Consequences of Liberals’ War on Traditions, Customs, and Moral Values