The U.S. House of Representatives passed a packet of gun-grab bills on Wednesday night that would, among other things, raise the minimum age to buy certain firearms from 18 to 21.

Nothing more messed up than telling an 18 year old he can die for this country but can’t protect his life in this country.

The House on Thursday also passed a “red flag” bill that would allow judges to circumvent the Second Amendment right to keep and bear arms and seize guns from individuals considered an “imminent danger” to themselves or others, a subjective assessment rife with abuse. House Majority Leader Steny H. Hoyer said the measures are necessary to “protect our kids and make communities safer. ”

Fox News reported that five Republicans voted for the bills. An excerpt:

The five Republicans who voted for the bill are Rep. Fred Upton of Michigan, Rep. Adam Kinzinger of Illinois, Rep. Anthony Gonzalez of Ohio, Rep. Brian Fitzpatrick of Pennsylvania, and Rep. Chris Jacobs of New York.
…
Republicans have pushed back on Democratic calls for sweeping gun control measures, such as mass confiscations and strict regulations. Democrats are unlikely to move forward with such bills due to the deadlocked Senate.

Democrats are quick to push gun-grab legislation after mass shootings. These are unfortunate tragedies, but why create new laws when we have laws already on the books that need to be enforced? What good are new laws if these measures won’t stop people intent on destroying but restrict law-abiding citizens?

The gun control bill today will ban magazines that hold more than 15 rounds.

Last night, the chairman of the rules committee said this would prevent shootings like the one at Virginia Tech.

I reminded him the shooter carried 17 magazines… none of them held more than 15 rounds.

Lawmakers should focus on enforcing existing laws and securing schools instead of infringing on the rights of gun owners. Mass shootings might be prevented if schools are locked, have only one point of entry, and teachers are armed and trained to stop a shooter.

Leftist lawmakers intent on passing this packet of gun-control bills have a high hurdle in the Senate. Sixty senators must vote yes on these measures before they become law. Let’s hope the GOP doesn’t sell out law-abiding gun owners.

Previous Ken Blackwell: A Gun Grab is the Best Way to Enslave Americans
Next Ryan Bomberger: ‘Pro-Choice’ Has Always Been a Fraud 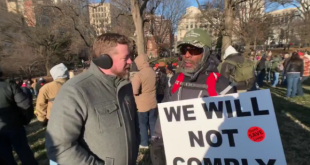 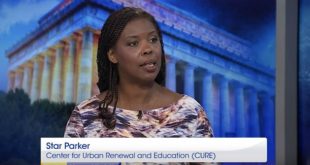 From the Archives: Gun Control is Not the Answer — Fix THIS If You Want to Reduce Violence