How to Be Better Trained About Economics Than the Average Economist Teaching or Working in D.C.

Walter Williams October 9, 2018 Commentary Comments Off on How to Be Better Trained About Economics Than the Average Economist Teaching or Working in D.C. 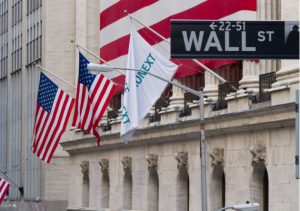 A widely anticipated textbook, “Universal Economics,” has just been published by Liberty Fund. Its authors are two noted UCLA economists, the late Armen A. Alchian and William R. Allen. Editor Jerry L. Jordan was their student and later became a member of President Ronald Reagan’s Council of Economic Advisers, as well as the president and CEO of the Federal Reserve Bank of Cleveland. Professor Alchian was probably the greatest microeconomic theorist of the 20th century, while Professor Allen’s genius was in the area of international trade and the history of economic thought. Both were tenacious mentors of mine during my student days at UCLA in the mid-1960s and early ’70s.

“Universal Economics'” 680 pages, not including its glossary and index, reflect a friendly chat I had with Professor Alchian during one of the UCLA economics department’s weekly faculty/graduate student coffee hour, in which he said, “Williams, the true test of whether someone understands his subject is whether he can explain it to someone who doesn’t know a darn thing about it.” That’s precisely what “Universal Economics” does — explain economics in a way that anyone can understand. There’s no economic jargon, just a tiny bit of simple mathematics and a few graphs.

Chapter 1 introduces the fundamental issue that faces all of mankind — scarcity. How does one know whether things are scarce? That’s easy. When human wants exceed the means to satisfy those wants, we say that there’s scarcity. The bounds to human wants do not frequently reveal themselves; however, the means to satisfy those wants are indeed limited. Thus, scarcity creates conflict issues — namely, what things will be produced, how will they be produced, when will they be produced and who will get them? Analyzing those issues represents the heart of microeconomics.

Alchian and Allen want your study of economics to be “interesting and enjoyable.” They caution: “You’ll be brainwashed — in the ‘desirable’ sense of removing erroneous beliefs. You will begin to suspect that a vast majority of what people popularly believe about economic events is at least misleading and often wrong.” The authors give a long list of erroneous beliefs that people hold. Here’s a tiny sample: Employers pay for employer-provided insurance; larger incomes for some people require smaller incomes for others; minimum wage legislation helps the unskilled and minorities; foreign imports reduce the number of domestic jobs; “equal pay for equal work” laws aid women, minorities and the young; labor unions protect the natural brotherhood and collective well-being of workers against their natural enemies, employers; and we cannot compete in a world in which most foreign wages are lower than wages paid to domestic workers.

One of Professor Alchian’s major contributions to economic science is in the area of property rights and its effect on the outcomes observed. The essence of private property rights contains three components: the owner’s right to make decisions about the uses of what’s deemed his property; his right to acquire, keep and dispose of his property; and his right to enjoy the income, as well as bear losses, resulting from his decisions. If one or more of those three elements is missing, private property rights are not present. Private property rights also restrain one from interfering with other people’s rights. Private property rights have long been seen as vital to personal liberty. James Madison, in an 1829 speech at the Virginia Constitutional Convention, said: “It is sufficiently obvious that persons and property are the two great subjects on which governments are to act and that the rights of persons and the rights of property are the objects for the protection of which government was instituted. These rights cannot well be separated.”

At the end of many of “Universal Economics'” 42 chapters, there’s a section named “Questions and Meditations.” Here’s my guarantee: If you know and can understand those questions and answers, you will be better trained than the average economist teaching or working in Washington, D.C.

Previous The Right to Abort? Not in This State’s Constitution.
Next LISTEN: Defeating the Liberal Lies With Liberty In the Urban Communities