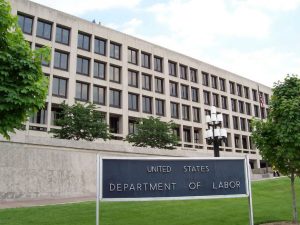 With the nomination of business executive Andy Puzder, CEO of CKE Restaurants, to be labor secretary, president-elect Donald Trump has picked a businessman who is economically literate and who understands the power of freedom and capitalism.

This is good news because the best thing that can happen for those that want a job and who want to work under the best economic circumstances, is a growing, prosperous, competitive, job-generating economy.

In other words, exactly the opposite of what we’ve had in recent years.

As Puzder points out in a column he wrote for the Wall Street Journal last year, “Businesses create jobs; labor unions do not.”

Economic growth proponent John Cochrane of the Hoover Institution has pointed out that economic growth in the U.S. since 2000 has been half what it was from the end of World War II to 2000. It has dropped from 3.5 percent per year to 1.75 per year.

This means both lower wages and a lot of people not working that otherwise would be.

Cochrane notes that if the U.S. economy grew at the same rate from 1950 to 2000 that it has grown since 2000 to now, incomes today would be half what they are now.

According to Puzder, “about 2.5 million more people are working than were employed when the Great Recession began in December 2007. However, the employable population has increased by about 18 million people — seven times the number of people who found jobs.”

What has been going on is that rather than government policy focusing on ensuring a free and secure economy in which entrepreneurs can create, in which businesses can grow, the focus has been on larding down businesses with regulations and larding down the nation with social programs and government spending.

The Fraser Institute in Vancouver produces annually an Economic Freedom of the World Index. It measures economic freedom — the extent to which individuals and businesses can freely conduct their economic affairs without government interference — using 42 different factors.

President Obama has explained the anemic economic recovery because he inherited an economy that had already entered into a severe recession.

But Harvard economist Robert Barro reports from his research that, historically, the stronger a recession, the stronger the economic recovery that follows. What is happening now, the very weak recovery following a strong recession, is unusual.

Why? Again because rather than Washington serving up more freedom and capitalism to reinvigorate our economy, we got more regulations, more government.

And in the middle of all this businesses were hit with Obamacare.

According a Heritage Foundation study, in the first six years of the Obama administration, 184 major new regulations were imposed on businesses and the private sector, each with an impact of at least $100 million. And per a Mercatus Center report, the Dodd-Frank law passed in 2010 added 27,669 new regulatory restrictions on financial markets.

Puzder wrote last year “…if a politician wants to help workers win a raise, he should help businesses add jobs by simplifying the tax code, enacting regulatory reform, and replacing Obamacare with something that works.”

It should also be noted that research shows that when incomes rise, they rise across the board — for low-income workers as well as high-income workers.

If we want to restore robust job and income growth, we need more economic freedom not more government.

Given all this, Andy Puzder appears to be a great pick for labor secretary.

Previous Planned Parenthood Kills Any Way You Want It!
Next What This Conservative Governor Said About Restroom Privacy-Protection Bills Might Surprise You