Midterms About Future of American Freedom

Star Parker October 17, 2018 Contributors Comments Off on Midterms About Future of American Freedom 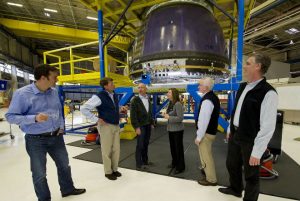 This from a new Pew survey of Democratic and Republican voters, going into the midterm elections.

There couldn’t be a bolder picture of the deep division between Democrats and Republicans regarding what America is about.

Consider the richest man in America, Jeff Bezos. He’s the founder and chairman of Amazon and is worth well over 100 billion dollars, depending on where the stock market ends up on any given day.

Did Bezos achieve this phenomenal wealth because he had “more advantages in life than most other people”?

Bezos was born to a teenage mother and a father who was an alcoholic. The marriage lasted one year.

When Bezos was 4 years old, his mother married Mike Bezos, a Cuban immigrant who arrived in the USA when he was 15.

Per accounts of the family, Bezos’ stepfather was an ambitious, hardworking man. But there is nothing in the story that would suggest something extraordinary or some kind of formula for producing one of richest men in the world.

In 1994, as the new internet technology emerged, Bezos saw the potential, quit a good job at an investment firm, and founded Amazon.

According to Forbes Magazine, which annually publishes a list of the 400 wealthiest Americans, 69 percent are self-made.

How about Oprah Winfrey, worth $2.8 billion, according to Forbes? She was born poor, on a farm in Mississippi, to unmarried parents, and raised by her grandmother.

No, the American story is not about one’s life being determined by circumstances. Individuals have free choice and must ultimately take responsibility for the course of their own lives.

Sometimes I wonder how many Americans have actually read our Declaration of Independence. “Governments are instituted among men,” according to our founding document, “to secure these rights” of life, liberty and the pursuit of happiness.

Government, in the American vision, exists to protect individual freedom, not to decide who should have what and invade individual private space, capture private property and income, and redistribute it to others based on what politicians think.

That’s the picture and what we’re looking at in the upcoming midterms. Are we going to have a free country, as envisioned by our nation’s founders? Will we have a nation that respects the sanctity of life and the right and responsibility of each individual to choose their personal destiny?

Or will we live in a nation where our destiny is determined by a political class and political connections?

The more we spend, the more we grow and expand government programs, the more we tax our citizens and accumulate massive government debt to finance it all, the harder it will be to turn back.

Local elections have national implications. Voting for Democrats should be understood as a conscious decision to relinquish our freedom as envisioned by America’s founders and for which we have been fighting for almost two and half centuries.

Previous City of Atlanta Agrees to Pay $1.2 Million Settlement to Former Fire Chief Who Wrote Book Critical of Homosexuality
Next WATCH: Is This How Liberal Politicians Make Sure Blacks Keep Voting for Them?

Juneteenth should be a reminder to never see any group of humans as non-persons. It never …