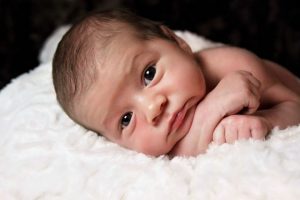 “California has public programs that provide immediate free or low-cost access to comprehensive family planning services (including all FDA-approved methods of contraception), prenatal care, and abortion for eligible women. To determine whether you qualify, contact the county social services office at [insert the telephone number].”

Pro-life pregnancy centers sued the state on First Amendment grounds, and the U.S. Court of Appeals for the Ninth Circuit ruled in the state’s favor. According to the court, the notice, which promoted abortion, was narrowly drawn to achieve the state’s substantial interests in “safeguarding public health and fully informing Californians of the existence of publicly-funded medical services.”

But the U.S. Supreme Court overruled this decision in June. Justice Clarence Thomas, writing for the majority, said (PDF) the law likely violates the First Amendment. The law “unduly burdens protected speech” and “imposes a government-scripted, speaker-based disclosure requirement that is wholly disconnected from the State’s informational interest.”

In light of this decision, a federal court in San Diego permanently barred the state from enforcing the law. The pregnancy centers may seek attorneys fees. From Alliance Defending Freedom:

“The government has no business forcing anyone to express a message that violates their convictions, especially on deeply divisive subjects such as abortion. California disregarded that truth when it passed its law forcing pro-life centers to advertise for the abortion industry. The district court’s order puts a permanent end to that law in light of the U.S. Supreme Court’s decision in June, which rightly found that ‘the people lose when the government is the one deciding which ideas should prevail.’ The outcome of this case affirms the freedom that all Americans have to speak—or not to speak—in accordance with their conscience.”