Scott Lively: The LGBT Movement Has Gone Too Far

The Gone 2 Far Movement (G2F) is a national coalition of pro-family organizations and activists, formed to educate the public about the dangers of HR5, the “Equality Act,” which would protect and promote homosexuality and transgenderism to children under federal law by adding these behaviors to the Civil Rights Act of 1964. HR5 has been given top priority by House Speaker Nancy Pelosi, who wants it passed by “Gay Pride” month in June, and so G2F urges the public to call their member of congress NOW to oppose it.

However, for Christians and Torah-Faithful Jews, the spiritual battle is much bigger than the political one. G2F believes the LGBT movement and agenda has gone too far by fostering a culture of increasing sexual anarchy and moral corruption in America and declaring themselves proud of the social chaos they have caused. In response, G2F has declared the month of May to be PRIDE FALL month for 2019 and annually hereafter for as many years as “Gay Pride” persists.

During PRIDE FALL (#PrideFall), Bible-believing churches and Torah-faithful synagogues speak against the sin of pride and remind everyone of God’s urgent warning in Proverbs 16:18 that “Pride comes before a fall.” G2F has chosen May as PRIDE FALL month because it immediately precedes “Gay Pride” month, centerpiece of a marketing campaign for LGBT normalization that urges people to view pride as a virtue and not a sin, when it is the worst of the “Seven Deadly Sins” and the one most closely associated with Satan in the Old and New Testaments. Sexual rebellion against God is nothing to be proud of.

G2F is asking everyone to observe PRIDE FALL month by reaching out to the sexually and gender disordered with the Bible’s message of hope and healing in 1 Corinthians 6:9-11, and the warnings in Leviticus 18:22 and Romans 1: 24-32.

G2F is also promoting PRIDE FALL as a month to demand that the LGBT movement stop using God’s rainbow as its symbol, because it creates the false impression that God endorses forms of sexual conduct which He actually condemns.

G2F has created rainbow-themed billboards for use during PRIDE FALL that anyone can use in their own
community by arrangement with media vendors at local ad rates. Contact Gone2Far.org for more information. 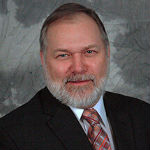 Dr. Scott Lively founded Scott Lively Ministries. He’s a member of the organizing committee of Gone 2 Far, an organization opposed to the homosexual agenda and committed to protect the Constitution’s guarantee of religious freedom. Contact Dr. Lively at sdllaw@gmail.com.