After President Trump applied sanctions on Iran after they fired ballistic missiles on our nations’ military bases in Iraq, Ilhan Omar took the side of Iran. Here’s what she tweeted:

“This makes no sense. Sanctions are economic warfare. They have already caused medical shortages and countless deaths in Iran. You cannot claim to want deescalation and then announce new sanctions with no clear goal. This is not a measured response!” —  @IlhanMN 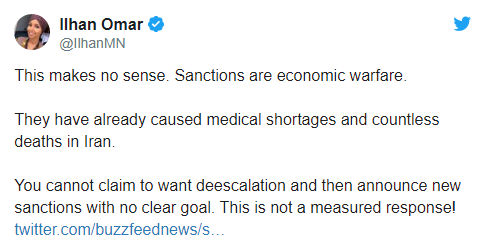 Remember that Ilhan Omar leads the so-called BDS-movement in Congress against Israel. BDS stands for boycott, divestment, and SANCTIONS.

In my nationally-syndicated column this week, I wrote that Trump’s decision to kill Iran’s terrorist general is the right thing to do. For you and me, this is an easy decision after the general successfully schemed and killed our troops.

And it was predictable how liberals reacted: they supported the opposite of what you and I believe and backed Iran, a terrorist state. And they even claimed Trump killed Iran’s general because he has brown skin. Remember, they’re not just wrong, they’re very wrong.

That’s why I called-out Omar’s hypocrisy in a tweet. I wrote, “Ilhan Omar (@IlhanOmar) is passionately against sanctions on Iran yet passionately supports sanctions on Israel. She is one of the activists in Congress that leads the BDS movement against Israel. BDS stands for boycott, divestment and SANCTIONS. #EvilHypocrisy”

None of the left-wing media that most Americans watch called out Omar’s hypocrisy. That’s because they believe what she believes. They do hate America: our Constitution and institutions. They want to transform our nation into an “egalitarian” socialist country.

In my emails I sent to you at the end of December, I told you that my team and I will go around the media to send our messages of faith, freedom and personal responsibility to Americans, especially those who live in distressed zip codes.

By the way, I have something major brewing right now that is financially supported by people like you. I’ll be making a major announcement very soon. You can see some builders moving very important equipment into our headquarters in Washington, DC in the photo below. 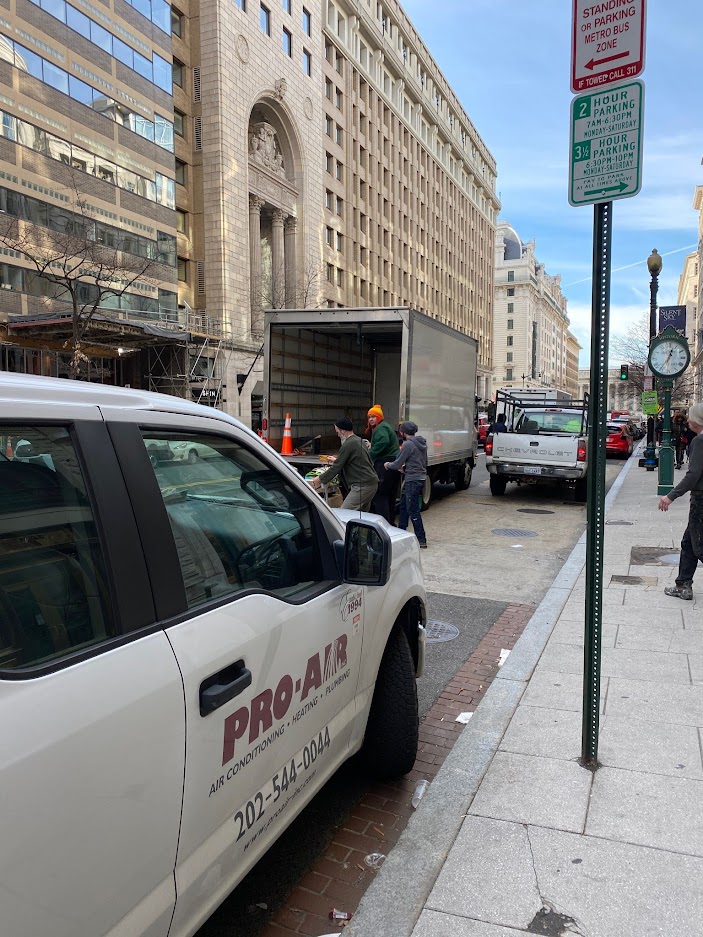