The NAACP Should Issue a Travel Advisory to Planned Parenthood, the Leading Killer of Black Lives 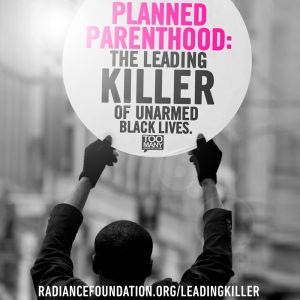 Struggling to stay relevant, the NAACP tries to raise publicity of its hopelessly liberal brand by absurdly crying racism where it doesn’t exist. Who’s the current target? American Airlines.

Yup. The NAACP just issued a “Travel Advisory”, warning black travelers “to exercise caution, in that booking and boarding flights on American Airlines could subject them disrespectful, discriminatory or unsafe conditions.” The effect is in place until further notice (or until the next faux racism charge). Funny. I fly on American often and have never experienced any racism from any of the employees (many of whom have been African-American). I’m African-American (though I prefer the label “American”). If the problem were systemic, you’d think I’d be the recipient of this alleged discrimination or at least witness an episode of it somehow in my years as a frequent flyer. The evidence-free press statement further asserts: “Historically, the NAACP has issued travel advisories when conditions on the ground pose a substantial risk of harm to black Americans.”

Where’s the travel advisory for abortion facilities? There is substantial risk and actual harm done to black lives there every day. Nearly 270 are killed by the nation’s leading abortion chain. The harm and racism are systemic—a government-funded entity that disproportionately kills black individuals, at rates up to five times more than the majority population. In New York City, more black babies are aborted than born alive, but that doesn’t warrant an advisory from the National Association for the Abortion of Colored People. Yes, I went there. In fact, they sued me (and The Radiance Foundation) several years ago for calling them out for their pro-abortion position and actions. In a classic case of civil rights gone wrong, the NAACP sued this brown guy (an adoptee who the world says should’ve been aborted because I was conceived in rape) for exercising one of my most basic civil rights—free speech. Thanks to the amazing Alliance Defending Freedom, my First Amendment rights were protected. The NAACP didn’t just lose the frivolous lawsuit, they lost all respect and admiration I grew up having for the organization.

Interestingly, one of the examples of racism asserted by the NAACP in the anti-American Airlines features the president of their North Carolina Chapter, Rev. William Barber. He alleges that he was removed because he was black and that he asked two white passengers, sitting behind him, to “quiet down.” Of course, there’s no video, no audio, no one else to corroborate this. I’m not saying it didn’t happen, but knowing Barber regularly shills for Planned Parenthood and embraces the violent discrimination of abortion, I don’t exactly take his word for anything. Barber was given the “Care No Matter What” award from Planned Parenthood in 2014 for partnering with an organization birthed in eugenic racism and elitism. The national NAACP has been partnering with and defending Planned Parenthood for years.

They didn’t issue an advisory when Live Action revealed, in an undercover investigation, that Planned Parenthood centers gladly accepted racist donations to specifically kill black babies. They never issued an advisory when Gosnell was discovered to be making millions from exploiting minority women and delivering and snipping the spinal cords of their babies (born alive). They never issued an advisory when Planned Parenthood abortionist, Mandy Gittler, allowed a young black mother (Tonya Reaves) to bleed to death for 5.5 hours from a botched abortion because the abortionist refused to call 911.

I call the NAACP’s racism bluff. They see it in every facet of American life but in the one industry that disproportionately kills black lives for a living.

Last summer, the nation’s rapidly aging civil rights organization warned people not to travel to the state of Missouri. Oh, not during the violent riots in Ferguson following the tragic self-initiated death of Michael Brown. The national NAACP cried “RACISM!” because Missouri legislators passed a law (SB43) which defined workplace harassment and discrimination. Even the state chapter, the St. Louis County NAACP, challenged the national NAACP declaring: “…the standard [SB43] is already in place in 38 other states and is the standard used by the federal government to determine EEOC and ADA discrimination charges. The people hurt by the travel advisory are the members of our NAACP community who work across our state in hospitality industry jobs and who have played no role in this legislation.”

Chris Arps, from the conservative African-American group Project 21, issued a scathing rebuke of the NAACP, saying in part: “Crime is so rampant in St. Louis that not only have we been named America’s most dangerous city…If the NAACP is going to start issuing politically-motivated travel advisories for St. Louis, it should first start in the crime-ridden communities it has abandoned, yet claims to represent.”

Stacy Washington, a syndicated talk radio host and U.S. Air Force veteran, had no love for the NAACP’s first-ever travel advisory: “St. Louis enjoys the distinction of being first on the list of major American cities for per capita murders. This should trouble the NAACP because the majority of these killings are black-on-black crimes. Thus, the NAACP’s stunt means very little to black families living in crime-ridden neighborhoods trying to make ends meet. It means even less to any clear-thinking individuals who realize it only serves to racially fracture our national psyche. The NAACP can and should do better than this.”

To do better requires being freed from the shackles of liberalism. The national NAACP is beholden to a worldview that foundationally believes we’re not all created equal, especially the most defenseless among us. They continue to cry wolf—or rather, racism—in order to wield the potency of victimhood where it often doesn’t exist. Yet there are real victims that are politically ignored by the National Association for the Advancement of Colored People. Abortion doesn’t advance colored people (and we’re all colored people, by the way)…it kills them.

Previous What Congress Just Did Might Allow Hardworking Americans to Keep More of the Money They Earn
Next WATCH: Election Loser Hillary Clinton Might Want to Look in a Mirror