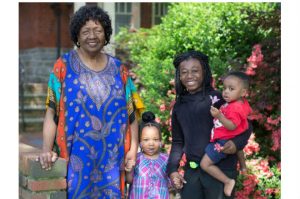 The city of Philadelphia last year ended its contract with Catholic Social Services (CSS) to refer children in need of foster care homes. CSS requires foster parents to be married, or if single, a birth parent must approve.

The Philadelphia Inquirer asked CSS whether they’d allow homosexuals to foster children. CSS said it would not allow it but would refer them to another agency.

The city claimed this requirement is discriminatory against homosexuals.

The service and three foster families sued the city. The Daily Signal reported that an inquiry from the media led to the city canceling the contract. Apparently the reporter asked whether Catholic Social Services allowed homosexuals to foster children.

Lori Windham, a lawyer for the service’s and the families’ legal counsel, the Becket Fund for Religious Liberty, said the media called only religious foster care providers.

The U.S. Court of Appeals for the Third Circuit this year ruled against Catholic Social Services. Becket reported this week that two of the families have asked the U.S. Supreme Court to hear their case. An excerpt:

“As a social worker I evaluated the quality of care provided by all of the foster agencies in Philadelphia. When I decided to become a foster parent myself, I chose to go through the agency that I trusted the most,” said Ms. Simms-Busch. “The consistency, integrity, and compassion of Catholic Social Services has made all the difference in my journey through the foster care process.”

Previous Star Parker: Mueller Report — Deceit and Fake News From Democrats
Next Larry Elder: After Trump’s ‘Racist’ Tweets, Dems Demand ‘Civility,’ But When Have They Practiced It?