This is the Real Threat to American Prosperity 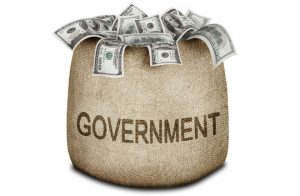 The largest threat to our prosperity is government spending that far exceeds the authority enumerated in Article 1, Section 8 of the U.S. Constitution. Federal spending in 2017 will top $4 trillion. Social Security, at $1 trillion, will take up most of it. Medicare ($582 billion) and Medicaid ($404 billion) are the next-largest expenditures. Other federal social spending includes food stamps, unemployment compensation, child nutrition, child tax credits, supplemental security income and student loans, all of which total roughly $550 billion. Social spending by Congress consumes about two-thirds of the federal budget.

Today’s Americans have little appreciation for how their values reflect a contempt for those of our Founding Fathers. You ask, “Williams, what do you mean by such a statement?” In 1794, Congress appropriated $15,000 to help French refugees who had fled from insurrection in Saint-Domingue (now Haiti). James Madison, the “Father of the Constitution,” stood on the floor of the House to object, saying, “I cannot undertake to lay my finger on that article in the federal Constitution which granted a right to Congress of expending, on objects of benevolence, the money of their constituents.” Most federal spending today is on “objects of benevolence.” Madison also said, “Charity is no part of the legislative duty of the government.”

We cannot blame politicians for the spending that places our nation in peril. Politicians are doing precisely what the American people elect them to office to do — namely, use the power of their office to take the rightful property of other Americans and deliver it to them. It would be political suicide for a president or a congressman to argue as Madison did that Congress has no right to expend “on objects of benevolence” the money of its constituents and that “charity is no part of the legislative duty of the government.” It’s unreasonable of us to expect any politician to sabotage his career by living up to his oath of office to uphold and defend our Constitution. That means that if we are to save our nation from the economic and social chaos that awaits us, we the people must have a moral reawakening and eschew what is no less than legalized theft, the taking from one American for the benefit of another.

I know that some people will say, “Williams, I agree with most of what you say, but not when it comes to Social Security. Social Security is my money I had taken out of my pay for retirement.” If you think that, you’ve been duped. The only way you get a Social Security check is for Congress to take the earnings of a worker. Explanation of your duping can be found on my website, in a 2010 article I wrote titled “Washington’s Lies” (http://tinyurl.com/yd4lh8gg).