Walter Williams: Hate Crime Hoaxes — The Bad and the Good 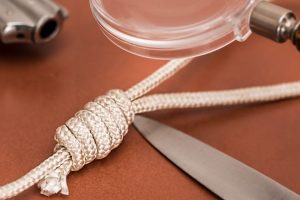 Jussie Smollett, “Empire” actor, claimed that on Jan. 29, two masked men identifying themselves as Donald Trump supporters and using racial and homophobic insults attacked him. Smollett said the assailants yelled “This is MAGA country,” bashed his face, crushed his ribs, splashed him with bleach and put a noose around his neck. Smollett’s telling of the hate crime was gobbled up hook, line and sinker by the anti-Trump news media, but Chicago police say it was a hoax. This type of hoax is part and parcel of the left’s broad agenda of victimology, fraudulence and gimmickry, plus gross media gullibility, incompetence and political attention seeking. What’s so troublesome is the fact that despite considerable evidence that the incident was a hoax, no apologies have been issued to either the public or the targets of their malfeasance — President Trump and the Americans who voted for him.

Racial hoaxes have been a major part of the leftist agenda going back decades. In 1987, the Rev. Al Sharpton created the Tawana Brawley hoax, wherein four white men were falsely accused of rape. For perpetrating the hoax, Sharpton was rewarded by receiving national recognition, millions of dollars and a career as a television/radio talk show host, and he ran for president in 2004. He also received 82 invitations to advise Barack Obama’s White House on matters of race.

Most of the nation’s racial hoaxes take place on college campuses. Recall the 2006 Duke lacrosse rape case, in which three affluent white male Duke students were falsely accused of raping a black female stripper. Police exposed Bowling Green State University student Eleesha Long as a liar after she complained about being attacked by Trump supporters the day after his election. At Goucher College in Maryland, scrawlings depicted swastikas and also spelled out the N-word and the names of four black students — including the perpetrator. The Maryland police found out that the perp was a 21-year-old black lacrosse player seeking victimhood. Nonetheless, the incident led to protests, demands for designated safe spaces and demands that incoming freshmen and transfers be required to take a “cultural competency” course.

The Daily Caller News Foundation has compiled some of the most outrageous hate crime hoaxes since Trump was elected (http://tinyurl.com/y2xcc3co). The hate crime hoaxes include claims of attacks on Muslim men and women by Trump supporters. A bisexual woman falsely claimed that Trump supporters were sending her nasty notes. Most of the hate crime hoaxes have been committed by black students. Their charges include the posting of KKK signs, the sending of racist notes and the writing of racist graffiti on a black person’s door with the words “Go Home N——- Boy” and “Whites Only.” A black man was caught on camera spray-painting doors and vehicles with racial slurs, vulgar words and swastikas.

Even professors create hoaxes. Indiana State University professor Azhar Hussain sent bogus anti-Muslim emails to himself, according to police, “trying to gain sympathy by becoming a victim of anti-Muslim threats which he had created himself.” He was arrested for filing a false police report.

Here’s the good news about the racial hoaxes on the nation’s college campuses: Left-wing college students have a difficult time finding the actual racism they claim permeates college campuses. Thus, they have to invent it. Though it has not been proved yet, these students may have support for their racial hoaxes by diversity-crazed administrators, who nationwide spend billions of dollars on diversity and a multiculturalist agenda. Racial discord and other kinds of strife are their meal tickets.

Black people, as well as homosexuals, should condemn these hoaxes, but so far, most have remained silent. If police are right that Smollett’s claims were a dastardly hoax, it will cause doubt to be cast on future real claims of assault based on race and sexual orientation. It also will have a negative impact on race relations. This is not something to be taken lightly. If Smollett is found guilty of a felony as he is charged, he should suffer heavy penalties, including jail time. There’s a lesson to be learned from one of Aesop’s fables, “The Boy Who Cried Wolf.