Why are government schools so bad? Lack of competition, Star Parker said.

The founder and president of the Center for Urban Renewal and Education said families in poverty need options for their children.

“And if you don’t have a good education,” she said, “your chances of living in poverty have skyrocketed.

Gerard Robinson, a fellow at the American Enterprise Institute, said no, it wouldn’t. Just look to Milwaukee.

“So, Milwaukee is home to the first urban-based voucher program going back to the 1990s,” Robinson said. School choice opponents claimed vouchers would destroy government schools in the city. But he noted that although school enrollment in Milwaukee has decreased, the budget has gone up.

Star believes that Betsy DeVos, President Donald Trump’s choice to lead the U.S. Department of Education, is the right person, because she’s looked at the bad-school situations and worked in the communities.

Watch the brief clip to hear what Star has to say about teachers unions. 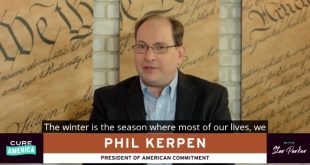