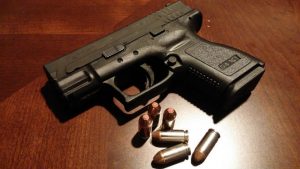 After a murderer named Dylann Roof shot and killed nine people in a church in South Carolina in 2015, a black pastor in North Carolina wanted to empower his congregation to exercise their Second Amendment right to defend themselves with guns.

Melvin Clark said he’d have 10 members of his congregation trained in using guns and act as plainclothes security guards.

With the recent mass-murder shooting in Texas, other pastors see the need to be proactive and take preemptive action. Brady Boyd, a pastor in Colorado, recalled a shooting that happened outside his church in 2007.

Reflecting the attack on his church 10 years ago in a blog post on Monday morning, the pastor wrote, “The sad reality is that every church should have a strategy to protect its members when they gather.”

Across the country, many churches and other places of worship are considering security measures as mass shootings have become a tragically familiar narrative in the United States. In the last five years alone, gunmen have taken lives not only at churches such as New Life, First Baptist and Emanuel African Methodist Episcopal Church in Charleston, S.C., but also a mosque, Jewish center and Sikh temple.

Carriers in Texas can take their guns to church if the church has no objections. The same goes for churches in other states that allow concealed-carry. The presumption is weapons are not allowed unless carriers have express consent.

Previous How Abortion Advocate Rep. Steve Cohen Keeps His District Poor
Next Why Liberal Evangelicals Would Never Have Ended the Institution of Slavery