Why Can’t We Fix Social Security and Medicare?

Star Parker June 13, 2018 Commentary Comments Off on Why Can’t We Fix Social Security and Medicare? 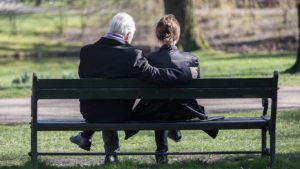 Each year, the trustees of Social Security and Medicare issue their report delivering the news, invariably dismal, about the financial condition of the nation’s two largest entitlement programs.

This year, in the report just issued, it’s worse than usual.

Last year, the trustees forecast that Social Security and Medicare’s hospital insurance would have to start dipping into their trust funds by 2022 and 2023 in order to finance their obligations. They report now that the situation has deteriorated such that both need to start dipping in this year.

In the case of Social Security, in 2034, just 16 years away, if no action is taken now, either benefits must be cut by 21 percent or taxes will need to be raised 31 percent, to meet obligations.

Analysts have been writing about the grave fiscal problems of Social Security for years. Yet nothing gets done. Why?

Any government program, once it gets rooted in our culture and Americans start getting benefits, becomes almost impossible to change. President George W. Bush tried to bring fundamental changes to Social Security. He was a Republican president whose party controlled both the Senate and the House. And he still couldn’t get to first base.

Social Security was signed into law in 1935 — 83 years ago. Although the scope of the program is much, much bigger today, its basic structure is exactly the same as it was then. Benefits of retirees are paid for through the payroll taxes of those currently working.

How many businesses today operate exactly like they did 83 years ago — or even 10 years ago? The Dow Jones average, an index of the nation’s most influential corporations, has changed 51 times since it was founded.

The reason our economy works is because it is flexible. The world is changing all the time. Businesses are constantly altering their products and the way they do business to accommodate new market realties.

But not so in government programs. And there couldn’t be a better reason why we should keep government out of our private lives.

Meanwhile, we’re not having children. Last month, the Centers for Disease Control and Prevention reported that the U.S. fertility, the number of babies birthed for every 1,000 women of childbearing age, was the lowest in history in 2017.

Most Americans think they are entitled to defined Social Security benefits because they paid taxes. It’s not true. In a Supreme Court case in 1960, Flemming v. Nestor, the court ruled “A person covered by the Social Security Act has not such a right in old-age benefit payments. … To engraft upon the Social Security system a concept of ‘accrued property rights’ would deprive it of the flexibility and boldness in adjustments to every-changing conditions.”

This means the government can change your benefits anytime it wants. Who would do business with a company like this?

It’s great that President Donald Trump has got our economy steaming ahead again. But as we recover, we need to take on the challenges of Social Security and Medicare.

Previous WATCH: Here’s Why the Predicted ‘Blue Wave’ Might Not Happen in November
Next Gun Grabbers in Illinois Won’t Like What This Court Just Did

Good News: Defenders of the Faith

Court Rules Against John MacArthur and His Church