The Center for Urban Renewal and Education

NECESSARY NOISE: HOW DONALD TRUMP INFLAMES THE CULTURE WAR AND WHY THIS IS GOOD FOR AMERICA 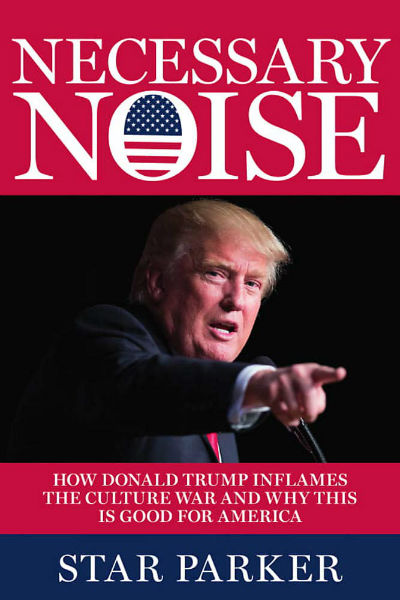 “Anyone surprised by impeachment hearings has not been paying attention. We are in a culture war for the heart and soul of America and have been for the last fifty years. The election of Donald Trump just brought the details of this war to the headlines to force everyone to choose a side.” – Star Parker

Popular political commentator and nationally syndicated columnist Star Parker reveals the truths driving the great divide behind the unexpected presidency of Donald Trump, writing that the intensity of the noise it has caused will help America confront and cure her problems. In her new book, Necessary Noise, author Star Parker and contributor Richard Manning explore some of the most polarizing topics of this war so all voters will know what is at stake in the 2020 presidential election.

“I think all of the political noise we are hearing today is very necessary to make America wholesome and whole; and frankly I believe that the louder the noise gets the better off we will be as American people,” Parker said. “Because as then, when President Lincoln pointed out in his famous House Divided speech in 1858 that our nation could no longer be half free and half slave, we are now at similar point, that our nation must become ‘all one thing or all the other’ but no longer could we be both.”

Necessary Noise examines the heated crossroads in which we find ourselves, tackling a wide range of topics — from immigration, to education, to race relations and sexual matters — and provides the framework for participation during this important time in history, to use our voices instead of violence — and the voting booth instead of a second Civil War.

Contributor Richard Manning agrees. “President Trump is making Necessary Noise in order to drain the swamp. In this book, the reader will see how we got where we are today in America, and how President Trump is going to pull us out of it.”

Conservative thought leader Star Parker is the Founder and President of CURE (The Center for Urban Renewal and Education ), a non-profit policy institute based in Washington DC whose mission is to fight poverty and restore dignity through messages of faith, freedom, and personal responsibility.

In her most recent book, Necessary Noise, Star Parker explains why the noisy political rhetoric in the news today is good for voters as it provides specifics on why the Trump presidency is vital for America’s future.

Parker believes the noise of political debate — from impeachment to Kavanaugh to the border wall — may seem overwhelming, but that our country has needed authentic and candid discussions for a very long time. And she believes that no one could have pulled back the mask like President Donald J. Trump.

Manning worked directly with President Trump on trade issues during Trump’s run for office. Manning also serves on Trump’s transition team in the Labor Department. Manning is heard weekly in over 100 radio markets giving “Swamp Updates,” is a co-host on Breitbart News Tonight on SiriusXM 125, and frequently guests on One America News Network.

Previous Star Parker: Impeachment about Ideology, Not the Constitution
Next Joseph Parker: There Should Be a ‘Litmus Test’ for Politicians When it Comes to Protecting Unborn Life

Why is New York Still Harassing This Christian Adoption Provider?