After 30 Years, Justice Must be Done for Iranian Dissidents’ Families 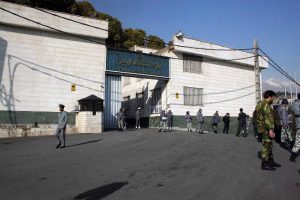 It is difficult to imagine the heartache of having a loved one taken from you only to then see the person or persons responsible escape justice. The lack of closure that results from an unsolved crime is surely made all the worse by the unique injustice of a perpetrator being identified and yet enjoying absolute impunity. Imagine being witness to such a thing, and then imagine how much worse it would be if your loved one’s killer was known to everyone but never faced a day in court, and instead went on to live high on the hog, ascending to greater levels of wealth and power in the society you both inhabit. Even more disturbing is to see that they take pride in the crimes they have committed, and that they continue their ruthlessness. Now imagine that experience stretching over 30 years, multiply it times 30,000, and you may begin to have a sense of what the families of murdered Iranian political activists are dealing with.

This summer marks the 30th anniversary of a massacre of political prisoners that has been widely described as one of the worst crimes against humanity to take place in the post-World War II era. Following a fatwa by the founder of the Islamic Republic, Iranian officials assembled three-person “death commissions” in cities throughout the country, which were tasked with interrogating dissidents over their political affiliations and their views regarding the theocratic system. The trials, such as they were, sometimes lasted as little as a minute, after which those who refused to renounce their political beliefs were summarily executed, usually in groups of several people and without regard for the prisoner’s age or any other mitigating factors, including pregnancy.

The main target of the massacre was the People’s Mojahedin Organization of Iran (PMOI/MEK), which was then and still remains the leading voice for pro-democratic resistance to the government of the mullahs. Its membership makes up the vast majority of the 30,000 people who were hanged and quickly buried, in secret mass graves, over the course of a few months. As such, the MEK and its affiliates now count as their members, both within Iran and throughout the expatriate community, most of those who lost friends and family to the regime’s ruthless machinery. And these individuals and groups are leading the call for an international inquiry into the 1988 massacre, as a means to securing justice for its many victims.

This call is going to be reiterated on Saturday in the context of an event that is scheduled to take place simultaneously in nearly 30 cities across Europe and North America. The event will once again showcase the personal stories of the survivors and relatives of the victims. And given that the overlapping events will all be livestreamed to one another and to the global press, it may allow those stories to reach their largest audience to date.

Every defender of human rights should hope that the world is watching and that this commemoration of 30-year-old human rights violations finally spurs the international community to action. Some Western governments have passed resolutions over the years acknowledging the reality of this crime and formally condemning it. But few practical steps have been taken which might result in the United Nations identifying the perpetrators, clarifying the scope of the killings, and filing charges in the International Criminal Court. In absence of such steps, thousands of killings will continue to go unpunished, and so tens or even hundreds of thousands of people will be deprived of even the most basic sense of justice or closure.

After 30 years during which the Iranian regime has continued to perpetrate and defend its human rights abuses with impunity, this must be made a major priority for all the free, democratic nations of the world. As far as the United States is concerned, it is potentially significant that the 30th anniversary of the massacre coincides with the State Department’s creation of an Iran Action Group whose declared goal is to compel a serious alteration in the behavior of the Iranian regime.

That noble goal, which is a concrete step in the right direction under the leadership of Secretary of State Mike Pompeo, cannot be accomplished as long as the people who are responsible for the very worst of that behavior continue to occupy some of the most influential positions in Iranian government and society, including, shockingly, the position of Justice Minister. These individuals must be removed and brought to justice if there is to be any hope of change. And it should be clear from the past 30 years of impunity and from the complete collapse of President Hassan Rouhani’s supposed reform initiative that the current institutions of Iranian government will never take action to remove them on their own.

The U.S. has already been reaching out to its European allies with a clear sense of purpose regarding Iran policy. Now, as the Iran Action Group works to move that strategy forward, it should recognize both the practical and symbolic importance of making human rights in general and the 1988 massacre in particular a major point of focus in that outreach. And if the international community truly values human rights, it cannot fail to follow the IAG’s lead.

Ken Blackwell is an adviser to Family Research Council on matters of constitutional governance and human rights. He served as U.S. Ambassador to United Nations Human Rights Commission from 1991-93.

Star Parker: Supreme Court Fight Is About Life and Death

Darrell Scott: If You Care about Black People in America, You Ain’t Joe Biden

The American Dossier: Mail-In Voting — Why I Will Not Vote This Year

On Constitution Day, President Donald Trump said, in honor of our great founding document, that …