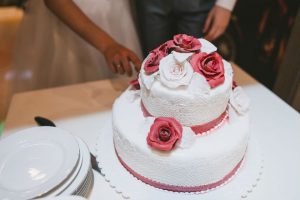 In June, the U.S. Supreme Court ruled in favor of a Christian baker who declined to make a custom “wedding” cake for two homosexuals, based on his religious beliefs that homosexuality is a sin and that marriage is the God-ordained union between one man and one woman.

For this reason, the so-called Colorado Civil Rights Commission, a government agency, decided that he’d discriminated against these men, although they were free to buy any ready-made cake in the bakery.

The government fined Phillips and ordered him and his staff to undergo re-education indoctrination and submit quarterly reports. After Phillips lost in the lower courts, he appealed to nation’s highest court.

Two of the Supreme Court’s liberal justices agreed with the majority in a 7-2 decision: the Colorado Civil Rights Commission treated Phillips unfairly, and they also treated his religion with contempt. A big problem with this ruling: it didn’t acknowledge that business owners have a right to decline services that would violate their religious beliefs.

And now the Colorado Civil Rights Commission is coming after Phillips again. He declined to make a custom cake to celebrate the “transitioning” of a homosexual man pretending to be a woman. The homosexual lobby and the government are harassing Phillips, but he’s going on the offensive. From Alliance Defending Freedom, his legal counsel (emphasis added):

Alliance Defending Freedom attorneys representing Phillips and his cake shop filed a federal lawsuit late Tuesday against those officials for doubling down on their anti-religious hostility.
…
As the new lawsuit explains, “The Constitution stands as a bulwark against state officials who target people—and seek to ruin their lives—because of the government’s anti-religious animus. For over six years now, Colorado has been on a crusade to crush Plaintiff Jack Phillips…because its officials despise what he believes and how he practices his faith. After Phillips defended himself all the way to the U.S. Supreme Court and won, he thought Colorado’s hostility toward his faith was over. He was wrong. Colorado has renewed its war against him by embarking on another attempt to prosecute him, in direct conflict with the Supreme Court’s ruling in his favor. This lawsuit is necessary to stop Colorado’s continuing persecution of Phillips.”

Phillips wrote an op-ed for USA Today explaining his side of the story.