Gov. Greg Abbott Proves How Serious He Is About Punishing Sanctuary Cities 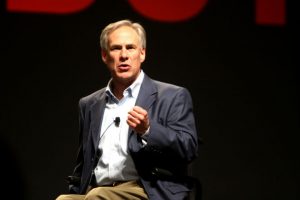 Governor Greg Abbott, who supports enforcement of his sovereign country’s immigration laws, has barred taxpayers’ money from going to the sheriff’s office in Travis County, Texas.

The sheriff’s office won’t be receiving $1.5 million for criminal justice grants. From the Houston Chronicle:

Hernandez 10 days ago announced a new policy that her department would no longer honor most warrantless requests from U.S. Immigrations and Customs Enforcement to detain jailed suspects who were in the United States illegally…Hernandez said her policy would not include those charged with murder, aggravated sexual assault and human smuggling.

Gov. Abbott encouraged elected officials in his state to enforce the law.

Previous WATCH: This Conservative Writer Has Some Advice for the ‘Privileged’ Liberal Women Who Marched Against Trump
Next What a Pro-Life NFL Player Said About Trump’s Abortion Transformation

This article was first published in March 2019. As it turns out, the Democrats are …